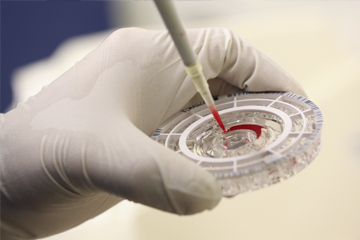 Lately, a lot of online talk about the Ebola virus has included some interesting chatter about blood types -- particularly those with Rh-negative blood.
Sean Gallup/Getty Images

It seems that whenever there's an outbreak of a virus or disease, there's also an outbreak of conspiracy theories, false cures and, occasionally, dangerous information. A lot of online talk about the Ebola virus — particularly around the 2014 outbreak — has included some interesting chatter about blood types — and particularly those with Rh-negative blood. The story is that people with the Rh-negative blood type have a natural immunity to viruses, including Ebola. We've delved into this theory to separate fact from fiction and find out how it evolved.

First, let's talk facts, starting with a refresher course on blood types. Everyone has different "markers" in their red blood cells (also called antigens). They identify our blood cells to our own body and help our body recognize an invader. Humans can have one of four main blood groups, and each type has its own marker: A, B, AB and O.

On top of these four blood types, some people have an extra marker, called the "Rh factor." Rh is an abbreviation for "rhesus." If you have the Rh marker, you are Rh-positive. Rh-positive blood is much more common than Rh-negative blood. Around 85 percent of Caucasians are Rh-positive, with those of African descent, Asians and Native Americans having an even higher percentage [source: Penn State Hershey]. If you don't have the marker, you are "Rh-negative." This percentage of people is much lower.

However, having any sort of genetic marker in your blood doesn't really make much of a difference, health-wise. The only time the Rh factor really comes into play is during a woman's pregnancy. If you're Rh-positive and the father is Rh-negative, there's no cause for concern. If both you and the father are Rh-negative, there's no reason to worry either.

However, if you're Rh-negative and the father is Rh-positive, you and your fetus can experience blood incompatibility [source: Penn State Hershey]. If Rh-positive blood (the fetal blood) gets into your system, your blood can start producing antibodies that could attack the baby's red blood cells, causing anything from anemia to more serious complications. In the past, this used to be a dangerous risk, but now the mother can take a vaccine to prevent blood cells from attacking the fetus.

We don't really know why people have this extra antigen any more than we know why some people have Type A blood and some people have Type B blood. Geneticist Khameeka Kitt explains that most differences are simply caused by run-of-the-mill DNA mutations occurring over the course of evolution. She mentions a theory, though, that Rh-negative individuals appear to be more resistant to the Toxoplasma parasite. However, it's just a theory for now. 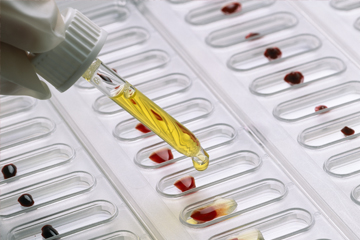 Some of us obviously have stronger immune systems than others, but one specific blood type does not give you immunity.
Mauro Fermariello/Getty Images

Among some people, there is a certain mystique associated with having Rh-negative blood. Some even think that because they don't have that Rh (or rhesus) factor, they may have a cosmic origin. They believe that Rh-negative people possess higher IQs and are more "in tune" with the universe. They also point to the Rh incompatibility factor that can cause a mother's body to reject a fetus. They state more Rh-negative people experience alien abduction. Some of the so-called "Rh bloodline" even believe they may be descended from a crossover of human and alien species millions of years ago. This mindset led to the theory that those with Rh-negative blood may be immune to viruses like Ebola.

Stick with us here.

These theories may come from the misinterpretation of a study from the Stanford University School of Medicine. In our immune system, the human leukocyte antigen (HLA) set of genes helps defend our body against viruses and other invaders. The Stanford study, led by Dr. Peter Parham, states that after the ancestors of modern humans began migrating out of Africa around 65,000 years ago, they bred with other ancient peoples such as Neanderthals and Denisovans. This ultimately built up some specific variants of HLA antigens that gave their immune systems a boost. But those whose ancestors stayed in Africa didn't get this advantage [sources: Abi-Rached et al., Choi].

Some believe that the deadliest viruses come from and remain contained in Africa because residents do not have the genetic ability to fight or defend against them. But this is a very loose correlation. The Rh-negative factor comes into play because very few people of African descent have Rh-negative blood. The claim is that this is because our ancestors who migrated out of Africa developed Rh-negative blood as a result of their interbreeding with other ancient groups. Proponents of the Rh-negative gene theory call this "a gift from our Neanderthal ancestors and God," because they believe that Rh-negative individuals have a way to fight viral infection [source: Rh Negative Blood Type Secrets].

Just about every website touting the connection between Rh-negative blood and the ability to fight deadly viruses includes the following paragraph:

According to Randall Johnson at the Baylor College of Medicine in Houston, "Only 7% of the U.S. population tests positive for the HLA-B27 gene; this gene, found only in persons with Rh-Negative blood, can trigger the immune system to operate overtime at WARP SPEED in times of medical emergency."

However, although our research turned up a Dr. Randy Johnson at the Baylor College of Medicine, there's no evidence of him making these statements. And even if Johnson did make this statement, it doesn't mean that this gene makes a person immune to any deadly or serious virus.

And there's more. Many point to the fact that because they are Rh-negative and therefore don't have rhesus, or "monkey," blood — their words, not ours —they are naturally immune to a virus like Ebola because it's carried by monkeys. The hole in this theory is that fruit bats, porcupines and other animals also carry Ebola.

Our take? According to science, nobody is naturally immune to anything. Some of us obviously have stronger immune systems than others, thanks to genetics or autoimmune disease. But generalized statements that one specific blood type gives you immunity? We're going to go with "no" on this one.

The Man Whose Blood Saved More Than 2 Million Babies
What Is the Rarest Blood Type in the World?
How Plasma Donation Works

Is American wheat the cause of gluten sensitivity?
Getting a Grip on Lyme Disease
The Year in Poop