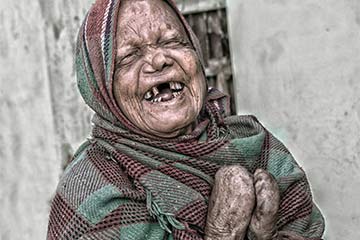 Starting in the 1920s, the U.S. Public Health Service established a colony of a different sort at Carville, Louisiana. Instead of merely housing patients in isolation, medical researchers worked with them in an effort to find a way to treat the disease. In 1941, scientists discovered a sulfone drug called Promin that provided the first-ever cure for leprosy, but it required painful injections that made treatment an ordeal. In the 1950s, doctors found an antibiotic, dapsone, which worked better, though the bacterium eventually developed a resistance to it. Finally, in the 1970s and 1980s, they began combining the antibiotic with other drugs in a chemical cocktail, and developed a regimen that could cure leprosy in as little as six months [source: NIH].

As leprosy's threat began to subside, colonies themselves started to vanish. Most closed in the 1960s. The Hawaiian leprosarium is now a national historical park that commemorates the ordeal of the people who once were confined there. Japan, one of the last nations to quarantine leprosy patients, finally ended the practice in 1996 [source: BBC News]. Perhaps the last remaining colony in Europe is in Tichilesti, Romania, where reportedly only a few elderly patients remain [sources: BBC News, Leprosyheritage.com].

But leprosaria have not completely disappeared. There are still some in Africa and Asia, often in poor conditions. In India, it was estimated in 2011 that there were 1,000 of them. About 10,000 people live in a colony in Kasturba Gram, near New Delhi. Most were banished there by family members, even after they were cured. Lack of funding, stubborn fears and the stigma of the disease hinder public health efforts. Because victims often are reluctant to seek treatment for fear of being found out, India accounts for 58 percent of the world's new leprosy cases [sources: George, Cookson and Rhodes].

In 2013, the World Health Organization reported that there were still 189,018 leprosy patients in about 115 different countries and territories. The three countries with the most patients are India, Brazil and Indonesia. International and local officials continue their efforts to wipe out the disease.

As I was writing this article in the fall of 2014, the cable news channels and news websites were filled with scary talk of Ebola, the often fatal infectious disease that was ravaging parts of West Africa. Some shrilly demanded that the U.S. ban travel to and from that region to prevent the disease from spreading here, though the director of the Centers for Disease Control and Prevention, Tom Frieden, went on TV to calmly assure the public that such measures were unnecessary and wouldn't work anyway.

What I saw in all those histrionics, though, was that the same human tendency that had created leper colonies -- the urge to panic in the face of a threat and resort to the harshest solution, without regard for its impacts -- still exists. I'm hoping that we someday will find a cure for that flaw in our character, just as we did for leprosy.