by the Editors of Publications International, Ltd.
Prev NEXT
8 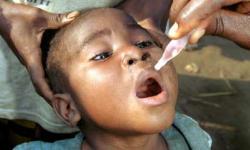 Of the deadly infectious diseases for which science has developed vaccines and treatments, people are most familiar with the victory over polio. The disease is caused by a virus that enters the body through the mouth, usually from hands contaminated with the stool of an infected person. In about 95 percent of cases, polio produces no symptoms at all (asymptomatic polio), but in the remaining cases of polio, the disease can take three forms.

Abortive polio creates flulike symptoms, such as upper respiratory infection, fever, sore throat and general malaise. Nonparalytic polio is more severe and produces symptoms similar to mild meningitis, including sensitivity to light and neck stiffness. Finally, paralytic polio produces the symptoms with which most people associate the disease, even though paralytic polio accounts for less than 1 percent of all cases. Paralytic polio causes loss of control and paralysis of limbs, reflexes and the muscles that control breathing.

Today, polio is under control in the developed world, and world health authorities are close to controlling the disease in developing countries, as well. Dr. Jonas Salk's inactivated polio vaccine (IPV) first appeared in 1955, and Dr. Albert Sabin's oral polio vaccine (OPV) first appeared in 1961. Children in the United States receive IPV, but most children in developing areas of the world receive OPV, which is cheaper and doesn't have to be administered by a health care professional; however, in rare instances, OPV can cause polio.