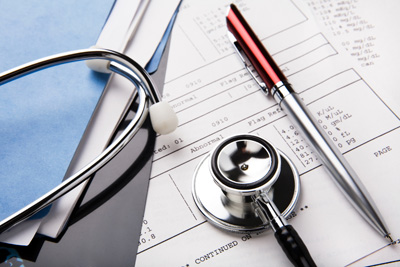 Insurance will only pay what they deem to be a reasonbable charge. If your doctor charges above that amount, it will come out of your pocket.
© Photographer: Visualfield I Agency: Dreamstime.com

Most FFS plans pay 80 percent of the total doctor bill (physician charges) once you meet the deductible. That leaves 20 percent for you to pay, called the co-insurance. Some plans do pay 100 percent of hospital charges that are separate from physician charges, but not all.

So in addition to paying 20 percent of the total bill, you'll also be paying the differences between the reasonable and allowable charges. Here is an example: Your child has his tonsils taken out and the bill is $350. Since you've met the deductible already you should only have to pay 20 percent, or $70. But your insurance company says the maximum allowable charge for a tonsillectomy is $300, which means you really owe $110 (20 percent of $300, plus the extra $50 your doctor charged above what the insurance company will pay).

The good news is that most policies include stop loss protection. This is the annual maximum amount that you'll have to pay. So if you end up with a lot of medical bills, at some point the insurance company begins to pay 100 percent (of the reasonable and customary amount that is).

The flip side of this is that the insurance policy itself will have a lifetime (your lifetime) cap. That means that when your bills reach a certain amount (usually $1 million or above) the insurance company won't pay anymore. For some policies there may be a cap for the year or for a specific illness claim. At this point you may have to get insurance through a different company.

Recently some FFS plans have begun operating more like managed care plans. For example, they may require that you pay a deductible and 20 percent of the charges, but there may also be co-pays for doctor visits and other services. However, premiums for FFS plans are often fairly low compared to managed care plans.