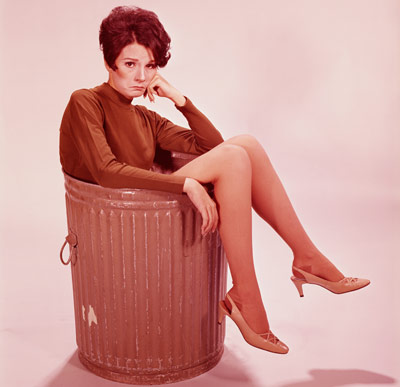 Are some parts of the human body just junk we could throw away? See more bodily organ pictures.
H. Armstrong Roberts/Stringer/Retrofile/Getty Images

In almost every home, there's a junk drawer full of things we don't really need or use. Inside the drawer are buttons to long-gone items of clothing, washrags that started life as full-fledged towels, and rings of keys that unlock an assortment of past cars and houses. We don't really need the contents of these junk drawers anymore, but hey, you never know, right? Dad's old eyeglasses from the 1970s might make the perfect Halloween costume accessory someday.

The human body has something akin to its own junk drawer. You can think of organs like the brain and the heart as belonging to your silverware drawer or the cupboard where you keep your plates -- they're useful items you need every day. But the body's junk drawer is full of vestigial organs, or souvenirs of our evolutionary past. We don't use these items for their original purpose anymore, and these parts are stunted mementos of that original function.

How do we know what each organ's original purpose was supposed to be? For that, we turn to Charles Darwin. While he wasn't the first person to identify bodily structures that seemed to serve no purpose, he did propose why we have them. His concept of common descent, a tenet of evolutionary theory, holds that all organisms started with a common ancestor but diverged and changed as certain traits proved more favorable and necessary for survival. In Darwin's 1871 book "The Descent of Man," he identified about a dozen of man's anatomical features he believed to be useless because we don't use them in the same way that other creatures do. This, to Darwin, was proof that we had evolved from our primitive ancestors.

By 1893, anatomist Robert Wiedersheim had built the list of vestigial organs to include almost 90 parts [source: Spinney]. But as with junk drawers, one man's trash is another man's treasure, and people started arguing about what was on the list. Some of Wiedersheim's vestiges were shown to have an important function, indicating that these body parts weren't just reappearing by accident. Others take umbrage with Darwin's theory entirely, arguing that everything in the body has a purpose assigned by a creator, and just because we don't know the function doesn't mean it doesn't exist.

Organs Believed to Be Vestigial 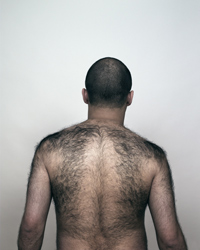 If Charles Darwin were to run a major television network, one of the biggest hits might be a flashy game show called "Vestigial or Not Vestigial." The show's host (Robert Wiedersheim would be ideal if he were available) calls out a body part, and contestants try to figure out its status. Let's imagine how the game might go.

First up, the appendix. The appendix seems to be left over from when our ancestors had a plant-eating diet. In other vertebrates, the appendix is much larger and breaks down the cellulose in plants, but in humans, the appendix is a small, withered pouch. It's attached to the intestines but plays no role in digestion. Thousands of people get their appendix removed every year and are none the worse for wear, which seems to indicate that we just don't need it.

Next, let's peer inside our mouths and consider the wisdom teeth, or third molars. When our ancestors were consuming all those leafy plants, as well as a tough diet of raw meat and roots, they needed a lot more room to chew. Over the centuries, however, our jaws became smaller and our diets became softer, and we developed ways to cook our food so that it was easy to consume. We don't need these teeth to eat anymore, and our evolved jaw leaves them nowhere to grow, usually necessitating their removal.

Another item some people spend a lot of time removing? Body hair. In the olden days, human body hair kept us warm, but now, with thermostats and sweaters, our body hair serves us very little purpose. Our eyebrows keep the sweat out of our eyes, but when you compare us to polar bears, the rest of the hair covering our bodies is useless. But these examples aren't to say that the only qualification for a vestigial organ is its ability to be removed. After all, it would be hard to remove the erector pili, or the muscles that cause goose bumps. While goose bumps can occur when you feel fear or pleasure, the behavior was traditionally helped create a layer of body hair for warmth and warning off potential predators.

One surgery you would likely schedule would be a tail removal, if your baby were one of the few born with a small tail. But that tail isn't a vestigial organ, it's an atavism, or a trait from an ancestor that appears sporadically. It's connected to a vestigial organ, though -- the coccyx. The coccyx, or tailbone, is made up of several vertebrae. In other primates, the coccyx leads to a tail that's used for balance, something the upright-walking human has no need of. While we've evolved so that our DNA is not going to regularly produce a tail, the coccyx still shows up.

A few other likely vestigial organs include Darwin's Point, or a bump in the outer ear left from when our ears were floppier, and the vomeronasal organ, a structure in the nose used to detect pheromones emitted by potential mates. In humans, the organ doesn't appear to be connected to the brain in any way. What about the male nipple? It doesn't serve a function in males the way it does in women, right? But evolutionary biologists say it's not vestigial because it probably never served a function for males at all and thus had no function to lose. The feature continues to appear because it develops prior to sex differentiation in the womb.

But wait just a minute. Not every contestant on "Vestigial or Not Vestigial" would agree that these are vestigial organs.

Are These Organs Really Vestigial? 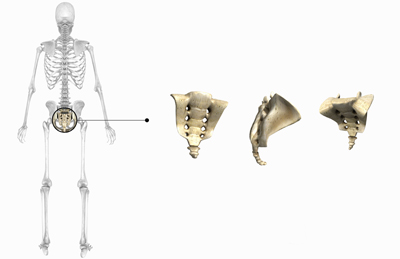 The coccyx, shown here with the sacrum. Vestigial or not vestigial?
3D4Medical.com/Getty Images

Some say that scientists are changing the rules of the game when they play "Vestigial or Not Vestigial." In particular, opponents of evolution, including proponents of creationism or intelligent design, say that there's no such thing as vestigial organs, because a creator wouldn't design something imperfectly or without purpose. At the very least, those who doubt evolution reject the idea that an atrophied organ is evidence of a common ancestor. One common argument is that if we don't know the purpose of a body part yet, it may be due to a lack of anatomical knowledge.

In many cases, organs believed to be vestigial have been shown to serve an important purpose in the body. For example, the coccyx may assist in holding our insides in and supporting nearby organs, even though it can be removed with few ill effects. The appendix has been shown to function as a producer of white blood cells and antibodies. If a person were to come down with a condition like diarrhea or dysentery, the appendix would repopulate the gut with microbes needed to stave off further infection. In developed countries, we have managed to survive without our appendix largely because of the medicines we have available. To truly test the functionality of the appendix, we'd have to study its removal in underdeveloped countries that still face diseases such as dysentery without modern medicine.

But no one, not even Charles Darwin or Robert Wiedersheim, ever said that a body part had to be completely functionless or useless to be considered vestigial. A structure is considered vestigial because it's not performing the function it was designed to perform, as compared to other creatures with the same part. While the appendix may have taken on the role of a white blood cell factory, it doesn't serve the digestive function it performs in other animals.

With this kind of dispute, it's hard to know what the final score of "Vestigial or Not Vestigial" is. Just like us humans, it's a work in progress.

Other Creatures With Junk in the Trunk

Humans aren't the only creatures that phase out the functionality of certain parts as they evolve -- many vestigial structures exist in plants and animals as well. Here's a brief list of some other vestigial parts:

'Man Flu' Could Be a Real Thing
Are Flavored Vaping Liquids Safe?
This Is What Happens When You Work at a Desk for 20 Years