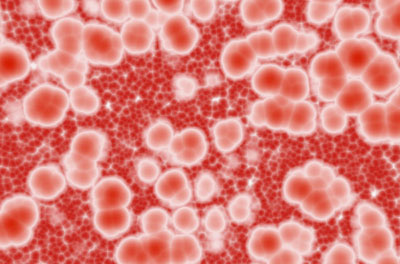 Creatinine is a chemical molecule in the blood. Its level in the blood is an indicator of how well the kidneys are working.
© istockphoto/raycat

Creatinine is a chemical molecule that is present in the serum (liquid portion) of the blood. It's produced from another molecule, creatine, which is a component of muscle. The amount of creatinine the body produces each day depends on the person's muscle mass -- a young, muscular man, for example, produces more creatinine than a petite elderly woman does. Because muscle mass normally changes very little, creatinine is usually produced at approximately the same rate every day in each person. It ends up as a waste product in the blood that is transported to the kidneys, where it's filtered out of the blood and removed from the body in the urine.

The serum creatinine test is more sensitive of kidney function than the blood urea nitrogen test (often referred to as the BUN test), which measures the amount of nitrogen in the blood that comes from urea. (Urea is produced by the liver as a waste product of the digestion of protein and is also removed from the blood by the kidneys.)

Typical serum creatinine ranges are 0.5 to 1.0 milligrams per deciliter for women and 0.7 to 1.2 mg/dl for men. A serum creatinine level of 2.0 mg/dl may indicate normal kidney function in a male bodybuilder, but 0.7 mg/dl can indicate significant renal disease in a frail old woman. The ability to look at changing levels over time is more informative for patients and doctors than is a single measurement at one point in time. For example, a serum creatinine level of 1 mg/dl might be considered normal -- unless it recently increased from 0.6, which would make it very abnormal.

The following conditions may cause serum creatinine levels to be higher than normal:

The following conditions may cause serum creatinine levels to be lower than normal:

The links on the next page will give you more information about kidney disease and heart disease.

How are kidney disease and heart disease linked?

Kidney disease and heart disease are both often characterized by symptoms that can contribute to an increased risk of the other.

Symptoms of kidney disease that are risk factors for heart disease:

Symptoms of heart disease that are risk factors for kidney disease:

Some drugs that are commonly used to treat patients with heart failure (like diuretics and angiotensin-conververting enzyme (ACE) inhibitors) can affect kidney function. Patients taking these drugs should have serum creatinine tests to check their kidney function.

Is it possible to get taller as an adult?
Is it dangerous to stifle a sneeze?
Can you hold your pee so long your bladder ruptures?