Why do you have two lungs but only one heart? 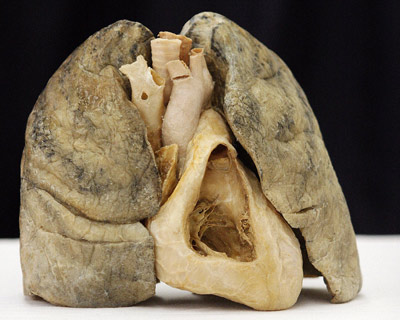 Heart Image Gallery Not exactly peak performance -- a smoker's dissected heart and lungs were displayed in Mexico City in 2006 to kick off the opening of the exhibit "The Human Body." See more heart images.
Susana Gonzalez/AFP/Getty Images

Your body is pretty amazing. At any given point you have a great many biological processes going on, such as digestion, respiration, metabolism, and fighting off invading bacteria. Different regions and systems within your body work together to create a state of balance -- just the right amount of blood sugar here, just enough electrolytes there -- to keep you working at peak performance.

But have you ever asked yourself how your body got to be the way it is? Why do you have two of some organs and just one of others? Take the heart and lungs, for instance -- why do you have two lungs but just one heart? Wouldn't it be better to have two hearts?

Your vital organs -- like your lungs, your heart, your pancreas, brain and liver -- are just that, vital. Not only are they vital to life, they are also vital to one another. Your lungs, for example, breathe in oxygen and exhale carbon dioxide (one of your body's waste products). The lungs transfer oxygen to the blood, which is carried to the heart for distribution throughout the rest of the body. The blood carries waste carbon dioxide back to the lungs, where it is absorbed and exhaled. It's a beautiful system. But how did it come about?

It's a very ancient system, says Rutgers University anthropologist Susan Cachel -- and it's not unique to humans. The organ systems we find in most animals contain one heart and two lungs. That is, with the exception of earthworms and cephalopods -- the invertebrate class which includes octopi and squid. Earthworms have five heart-like structures. Cephalopods have three hearts (two to send blood to the gills, and one to send blood to the rest of the body) and no lungs.

Cachel says that the one heart/two lungs system began to emerge about 300 million years ago, when animals first moved from sea to land to escape predators and find new sources of food. From that point on, it's been the norm. But why didn't it continue to change?

In this case, Occam's razor provides the key -- the simplest explanation is usually the right one. Ultimately most animals developed a system of two lungs and one heart (along with the rest of their organs) because that's what was needed to survive and thrive on Earth. People didn't develop two hearts or eight legs or wings because we didn't need them for survival. And we developed two lungs because we need them.

Phylogeny is the study of how the first ribonucleic acid (RNA) strands in Earth's primordial soup developed into humans and other animals. As these animals evolved into such divergent species as birds, insects and humans, the organ systems in those animals remained similar to one another. We still have stomachs to digest food, lungs to breathe air, and kidneys to filter waste. All of this indicates that species -- including humans -- have been shaped and molded specifically to live on Earth.

So does this mean that our system of internal organs is perfect? We know through our study of disease that going from two lungs to one is detrimental to our health, but what about adding an extra heart? Wouldn't that make us better able to survive? Read the next page to find out about what it would be like to have two hearts. 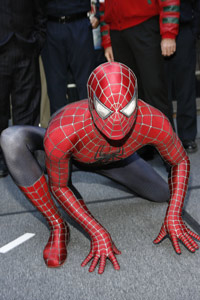 Were we endowed with two hearts, we wouldn't have to be bitten by a spider to have superhuman strength like Spider-Man, shown here in Times Square in 2007.
Mark Von Holden/WireImage

You might imagine that having two of some organs is redundant. We have two lungs, two kidneys, two eyes -- each doing the same job at the same time. But Dr. Tony Neff, a professor of anatomy and cell biology at Indiana University - Bloomington, warns against downplaying the role of duplicate organs. It takes both organs in those sets to carry out their job fully; Although one can function alone, the process it carries out will not be done at full capacity, and the rest of the body suffers. For example, you can see with only one eye, but the eyes' function of providing depth perception will suffer and you'll bump into things much more frequently seeing with one eye than you would with two.

So if you need both lungs to function at full capacity, what would happen if you had an extra heart? Would the performance of the processes it carries out double?

Not at first, says physiologist Bruce Martin, a colleague of Dr. Neff's at Indiana University. Your body is a system, and it's built so that the system is always functioning at its full capacity. When the system is attacked -- for example, through starvation -- all parts of the system suffer at the same rate. Conversely, when one part breaks down, the whole system suffers. If your lungs become irreparably damaged -- say, through emphysema -- the rest of the system will slow down to accommodate the broken part.

So since your system is already functioning at full bore, the addition of an extra heart wouldn't do much. But your system also possesses potential function, as seen in the muscles, when they're called upon to act beyond their normal capacity, like in the case of hysterical strength. We can train our bodies to function at higher levels, like athletes do. Since the heart pumps blood to the muscles, with a second heart your muscles would eventually grow stronger with time. Once the rest of the system is used to having a second heart, a person could grow stronger and have more endurance [source: Martin].

But the same can't be said for your brain. The brain is already getting more than enough blood to it, so it wouldn't function at a higher level, theorizes Dr. Martin.

Interestingly, when we are in the embryonic stage of development, we actually do have two hearts. The heart primordia (which describes the stage of the heart's development) in the embryonic stage is actually two hearts, which eventually fuse together into one heart with four chambers. Embryologists in the 1920s and '30s kept the heart primordia from fusing in embryonic frogs, and the frogs that grew up developed two hearts. The same also goes for our eyes. We begin with one primordia of the eye, which eventually separates to form two. If the primordia is kept from splitting, one central eye develops, like a cyclops, says Dr. Neff.

So it's theoretically possible for us to develop two hearts. And if we could determine how to use both fully, we could also advance ourselves into a species of super-strong, intellectually average beings. But wouldn't tampering with our own evolution as a species be dangerous?

"We've already taken ourselves out of evolution," says Rutgers' Susan Cachel. "[Humans are] all effectively tropical animals, and through our use of technology, like winter clothes, we've shielded ourselves from the effects of cold weather."

So we've beaten natural selection by the elements. We'll see what we can achieve with two hearts.

For more information on physiology, evolution and related topics read the next page.

How Does Measles Reset Your Immune System?
If Sunlight Makes You Sneeze, You're Not Alone
What is mucus made of?