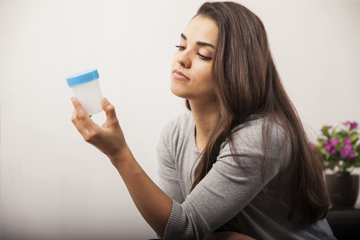 It's 8 p.m. on a Thursday night and you're glued to the television, watching the latest episode of your favorite survivalist show. This time, your rugged hero is traveling on foot over hardscrabble wilderness terrain — and the outlook appears bleak. His water is running low and there's no source in sight. To make matters worse, he manages to gash his knee on a filthy rock. Not wanting to use precious water to clean the wound, he pulls an ace out of his sleeve, so to speak, and urinates into the cut. "It's fine, urine is sterile," he says.

Except it isn't. For years, physicians and other health care providers have been espousing the antibacterial properties of human urine, but it turns out our urine isn't germ-free after all. Researchers at Loyola University Chicago Stritch School of Medicine took a closer look at urine specimens from women with — and without — urinary tract infections. After analyzing the samples, they discovered that even healthy urine contains bacteria, although it's unclear whether the bacteria are the harmful or helpful variety. And, women with overactive bladders had a greater variety of bacteria present [source: Wolfe].

The finding puts a wrench in longstanding Internet advice to urinate into open wounds as a way to clean them. It also puts a damper on the idea of peeing on someone else if he or she is feeling the pain of a jellyfish sting and wants the area washed clean. And forget about drinking urine if you're desperately thirsty (not a good idea anyway, regardless of bacteria). The findings could lead to a new means of determining the presence of infection or, eventually, treating an overactive bladder.

Long before urine travels out of the body and encounters bacteria lurking on the skin, it already contains bacteria. Medical textbooks have long taught that if there is bacteria present in urine, then an infection also is present. However, the Loyola researchers used an ultra-sensitive DNA-based method to uncover low levels of bacteria in normal urine from patients without urinary tract infections. The bacteria wouldn't have been detected otherwise.

But even the midstream urine test was never meant to imply that urine is sterile. It was developed in the 1950s by epidemiologist Edward Kass, who designed the reactionary strip to react by changing color if it detected more than 100,000 cell clusters per milliliter of urine. Any amount under 100,000 would be considered "negative." Over time, this negative finding became mistakenly equated with zero bacteria — which just isn't the case [source: Engelhaupt].

It's something to keep in mind if you end up lost in the wilderness and contemplate drinking your own urine — or having someone else pee on a wound to disinfect it. It's not as sanitary as your favorite survivalist may have led you to believe.

10 Common Hospital-acquired Infections
Can you hold your pee so long your bladder ruptures?
The Basics of Urinary Tract Infection