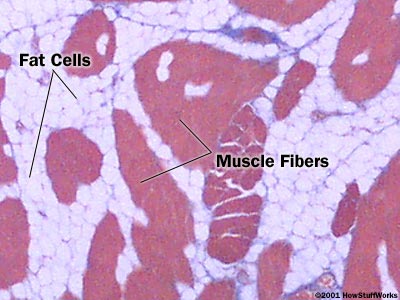 Skeletal muscle is also called striated muscle, because when it is viewed under polarized light or stained with an indicator, you can see alternating stripes of light and dark.

Skeletal muscle has a complex structure that is essential to how it contracts. We will tease apart a skeletal muscle, starting with the largest structures and working our way to the smaller ones.

The basic action of any muscle is contraction. For example, when you think about moving your arm using your biceps muscle, your brain sends a signal down a nerve cell telling your biceps muscle to contract. The amount of force that the muscle creates varies -- the muscle can contract a little or a lot depending on the signal that the nerve sends. All that any muscle can do is create contraction force.

A muscle fiber contains many myofibrils, which are cylinders of muscle proteins. These proteins allow a muscle cell to contract. Myofibrils contain two types of filaments that run along the long axis of the fiber, and these filaments are arranged in hexagonal patterns. There are thick and thin filaments. Each thick filament is surrounded by six thin filaments.

Thick and thin filaments are attached to another structure called the Z-disk or Z-line, which runs perpendicular to the long axis of the fiber (the myofibril that runs from one Z-line to another is called a sarcomere). Running vertically down the Z-line is a small tube called the transverse or T-tubule, which is actually part of the cell membrane that extends deep inside the fiber. Inside the fiber, stretching along the long axis between T-tubules, is a membrane system called the sarcoplasmic reticulum, which stores and releases the calcium ions that trigger muscle contraction. 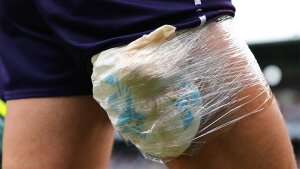 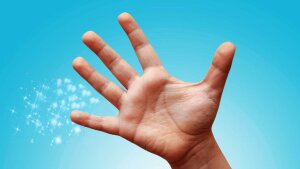