What if people had exoskeletons? 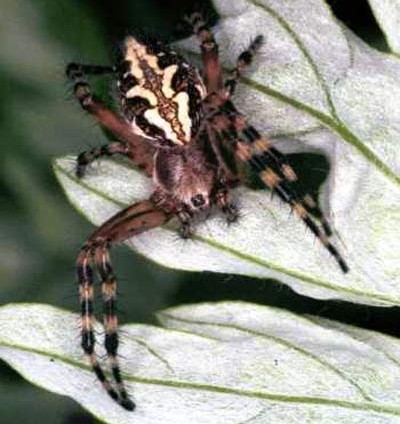 Human beings are like reptiles, amphibians, birds, and fish in the fact that we all have internal skeletons. Muscles connect to the skeleton to provide motion, and we have soft skin on the outside. However, a huge percentage of the life on this planet does it the other way around. They put their skeletons on the outside, in the form of exoskeletons. Insects are the most common example, and then there are crustaceans like lobsters.

Why might humans want to have exoskeletons? Anyone who has ever tried to crack open a crab leg knows that exoskeletons are strong. An exoskeleton would certainly cut down on cuts and bruises, and it would also eliminate the need for all those pads that professional football players have to wear!

So why don't people have exoskeletons? Probably the biggest reason we don’t have exoskeletons is that, physiologically speaking, it's highly impractical and could actually be pretty dangerous. Many creatures that have exoskeletons experience a process known as molting -- they lose their entire outside shell. Unfortunately, the new exoskeleton isn't completely intact or finished when they shed their previous one. The time it takes the new encasement to harden is directly related to the size of the creature. The larger the animal, the longer it takes. During this time it's extremely vulnerable, exposed to the elements, predators and even disease.

The U.S. Army is working on armor that will act as an exoskeleton and provide protection for soldiers.
Photo courtesy U.S. Army Natick Soldier Center

Although having real exoskeletons wouldn't be prudent for humans, some folks believe there are reasons for fashioning a wearable variety. Humans aren't the swiftest creatures on Earth, and most of us are limited in the amount of weight that we can pick up and carry. These weaknesses can be fatal on the battlefield, and that's why the U.S. Defense Advanced Research Projects Agency (DARPA) is investing $50 million to develop an exoskeleton suit for ground troops. This wearable robotic system could give soldiers the ability to run faster, carry heavier weapons and leap over large obstacles. These exoskeletal machines could be equipped with sensors and global positioning system (GPS) receivers. Soldiers could use this technology to obtain information about the terrain they're crossing and how to navigate their way to specific locations. DARPA is also developing computerized fabrics that could be used with the exoskeletons to monitor heart and breathing rates.

Basically, these wearable machines would give humans enhanced abilities. Imagine a battalion of super soldiers who can lift hundreds of pounds as easily as lifting 10 pounds and who can run twice their normal speed. The potential of non-military applications is also phenomenal.

If the U.S. military has its way, it will have throngs of super soldiers who can jump higher, run faster and lift enormous weight by strapping on these exoskeletons. However, developing these devices is expected to take years, if not decades.

Reversing Paralysis Without Surgery? New Research Shows Promise
Why do a child's bones heal faster than an adult's?
Diet Pills: What You Need to Know

Why do I get gassy when I fly?
An Historic Sneeze, a Disgusting Sneeze Cloud
What happens if you eat boogers?