Browse the article The Amygdala: Gatekeeper of Human Fear 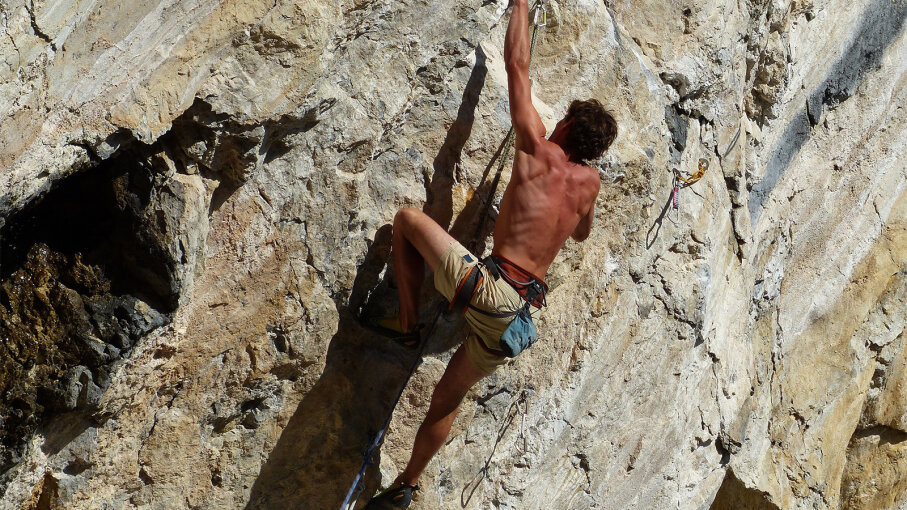 One of the amygdala's most important roles is its responsibility in "fear conditioning," an associative learning process that allows us to learn through repeated experience to be scared of something. How susceptible would we be to fear without the amygdala? Heinz Hummel/Pixabay

Almost a decade ago, scientists introduced the world to Patient SM. At first glance, the 44-year-old mother of three seemed to lead a pretty average life, but upon closer observation, she exhibited one rare and somewhat troubling characteristic: She had no fear. "To provoke fear in SM, we exposed her to live snakes and spiders, took her on a tour of a haunted house, and showed her emotionally evocative films," researchers wrote. "On no occasion did SM exhibit fear, and she never endorsed feeling more than minimal levels of fear."

The reason? SM had lipoid proteinosis or Urbach-Wiethe, a rare condition that damaged an important structure in her brain called the amygdala. But aside from plowing fearlessly through some of life's unsettling triggers, SM functioned relatively normally, which begs the question...can you live without the amygdala?

What Is the Amygdala?

Located deep within the brain's temporal lobes sits an almond-shaped mass of cells (or nuclei) — that's your amygdala. It's a bit misleading to think of the structure as one single unit since there are actually two parts to it, each one located in a different brain hemisphere. But for general purposes, the distinct halves are considered as one part of the limbic system, the brain structures involved in matters of emotions and motivations. The amygdala specifically is associated with memory storage and the processing of emotions like anger, pleasure and — yup, you guessed it — fear.

The amygdala is one of a pair (the amygdalae) of small clusters of nuclei located in the temporal lobe of the brain. It performs a primary role in decision-making and the processing of emotional responses such as aggression, anxiety and fear.
Wikimedia Commons (CC BY-3.0)

One major part of the amygdala's role is its responsibility in "fear conditioning," an associative learning process that allows us to learn through repeated experience to be scared of something. That learning process happens because experiences change brain circuits and form new memories. This concept was pretty clearly illustrated in a (totally unethical by today's standards) 1920 experiment involving an 11-month infant known as Little Albert.

Scientists John Watson and Rosalie Rayner wanted to see what would happen if they paired Albert's perfectly natural fear of loud noises with a stimulus he seemed to be pretty neutral about — in this case, a white rat. Watson and Rayner allowed Albert to reach for the rat, and every time he did, they struck a hammer against a steel bar. After seven repetitions of this pairing, Albert starting bursting into tears at the very sight of the rat — no hammer needed. Because of fear conditioning, his amygdala had linked the disturbing noise with the neutral stimulus, and the latter now elicited fear without the former. Unfortunately for poor Albert (again, this type of experiment would not go down today), the experiment led him to develop a generalized fear of things that even resembled the white rat, so white coats and white dogs would freak him out too.

Back to SM. On the surface, her fearlessness seems kind of funny — charming even. Her kids even got a kick out of it. "Me and my brothers... see this snake on the road," her eldest son once wrote. "I was like, 'Holy cow, that's a big snake!' Well mom just ran over there and picked it up and brought it out of the street, put it in the grass and let it go on its way.... She would always tell me how she was scared of snakes and stuff like that, but then all of a sudden she's fearless of them. I thought that was kind of weird."

But while navigating life without anxiety may seem somewhat exciting — and SM made it clear a person could survive perfectly well without an intact amygdala — the absence of natural fear can be dangerous, even potentially fatal. A complete lack of suspicion or distrust meant SM was vulnerable in every way. Once, while walking through a small park at 10 p.m., a man accosted SM and held a knife to her throat. According to researchers, "In the distance she could hear the church choir singing. She looked at the man and confidently replied, 'If you're going to kill me, you're gonna have to go through my God's angels first.' The man suddenly let her go." If that weren't bizarre enough, SM didn't flee the scene — she simply walked home. And, to make matters even more maddening, she walked past the same park the next day and showed no signs of fear or avoidance. She just didn't have it in her.

That wasn't the only time SM walked right into seriously risky situations and emerged unscathed and unbothered. Researchers say "she was once physically accosted by a woman twice her size, she was nearly killed in an act of domestic violence, and on more than one occasion she has been explicitly threatened with death. What stands out most is that, in many of these situations, SM's life was in danger, yet her behavior lacked any sense of desperation or urgency."

But while SM has been held up as the prime example of a fearless, amygdala-less life, more recent research has indicated that the connection between the two characteristics isn't so cut and dry. According to a study in "Nature Neuroscience," people with damaged amygdalas did still report feelings of intense fear, and some even felt more fear than those with normally functioning amygdalas. The study looked at participants with the same super rare genetic condition that caused SM's amygdala damage — Urbach-Wiethe disease (less than 300 people have been found to have it since it was discovered in 1929).

Researchers found that watching horror films did nothing to incite fear in participants with this disorder, but they were curious whether exposing them to carbon dioxide would induce a fear reaction. That's because the amygdala plays a big part in detecting CO2, and when it detects higher concentrations of it in the blood (a possible sign that suffocation is occuring) it can cause a person to feel panic. Contrary to what seemed logical, when participants with Urbach-Wiethe disease breathed in air that was 35 percent CO2, they freaked.

So, what's the deal? Researchers wrote, "results indicate that the amygdala is not required for fear and panic and make an important distinction between fear triggered by external threats from the environment versus fear triggered internally by CO2."

So can you live without the amygdala? Yes. Can you live safely and securely without it? Still unclear, but scientists are working to figure it out.

Learn more about the brain in "Brain: The Complete Mind: How It Develops, How It Works, and How to Keep It Sharp" by Michael S. Sweeney. HowStuffWorks picks related titles based on books we think you'll like. Should you choose to buy one, we'll receive a portion of the sale.

Now That's Interesting
Urbach-Wiethe disease causes three main types of symptoms: an extremely hoarse voice, small bumps around the eyes and calcium deposits in the brain. The amygdala happens to be the spot in the brain where these deposits form.