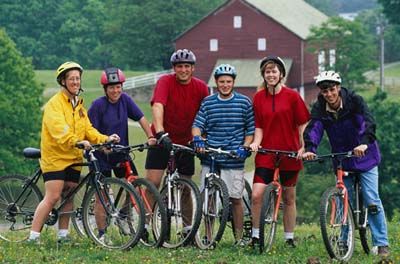 If you want to make sure that your memory stays as strong as possible, always wear a helmet during biking, skiing, and similar sports, and avoid contact sports. It pays to protect your skull from injury, since more and more research has linked head injuries to later problems with memory and to Alzheimer's disease.

Even a mild bump on the head can damage the brain, which typically moves within the skull and crashes against the opposite side of the bony cranium. The problems may be caused by direct physical damage to the brain, as well as a brief lack of oxygen and subsequent swelling. Even a very mild head injury can cause swirling movements throughout the brain, tearing nerve fibers and causing widespread blood vessel damage. Bleeding in the brain may cause even more damage that can lead to memory problems. The temporal lobes of the brain are especially sensitive to this kind of injury, leading to a puzzling interplay of memory, thinking, and behavioral symptoms that may be hard to diagnose. Scientists suspect that up to 60 percent of those who suffer mild brain injury still have memory problems up to three months after the injury.

After a head injury, you may notice you feel a bit confused and disoriented and have trouble storing and retrieving new information or recent memories. For some reason, the physical and emotional shock of the injury interrupts the transfer of information that was in the short-term memory just before the accident; that's why some people can remember events from several days before and after an accident but not what happened immediately preceding, following, or during the accident.

Until recently, doctors didn't have the tools to reveal the subtle structural changes that can occur after a mild head injury and that can lead to subsequent memory problems, although many patients with these kinds of injuries report headaches, memory loss, and confusion that persist for months. In the past, a typical computed tomography (CT) scan did not reveal any brain damage. But more sophisticated magnetic resonance imaging (MRI) scans can pinpoint contusions (bruises) and diffuse brain cell injury that underlie the memory symptoms. Unfortunately, few people who experience a mild head injury are hospitalized overnight or given any instructions explaining possible memory, thinking, and emotional symptoms that may persist.

More serious than a one-time mild head injury are the concussions related to sports injuries, experts believe. More than half of retired football players experienced concussions during their playing days, and as a group these players are more likely to have memory problems. In fact, many neurologists believe that concussions and repeated blows to the head do lasting damage to the brain and the memory processes. For example, the "punch drunk" syndrome of speech and movement impairments is quite typical of retired boxers who sustained repeated blows to the head during their careers.

On the next page, learn about how various medications can impact memory. 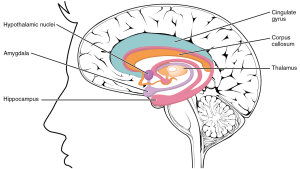