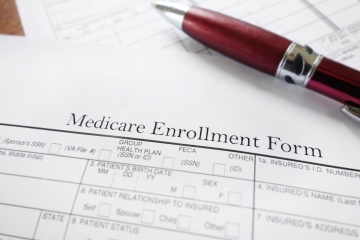 Selecting the right plan for your needs may require a bit of research.
© zimmytws/iStockphoto

Until the late 1990s, Medicare was structured as a fee-for-service program. In 1997 Medicare began to offer HMO-modeled plans for the program's beneficiaries; these private insurance plans were then known as Medicare+Choice, then as Medicare Part C. Today they're primarily called Medicare Advantage plans. In 2014, about 70 percent of Medicare beneficiaries were enrolled in traditional fee-for-service programs; 30 percent were enrolled in Medicare Advantage programs, nearly tripling the number of Advantage enrollees between 2004 and 2014 [source: KFF].

Advantage plans allow Medicare users to customize plans most closely aligned with their specific medical and prescription needs and are an alternative to carrying Medicare Parts A and B. Private insurance companies provide some of the coverage in Advantage programs, and some of these plans offer prescription drug coverage.

There are four types of Medicare Advantage plans:

Health Maintenance Organization (HMO) plans — These plans emphasize preventive health care. Only doctors within the HMO network are covered, and an appointment with a specialist requires a referral from a primary care physician. Additionally, HMO Point of Service (HMOPOS) plans are offered, but they're not popular; HMOPOS beneficiaries have access to some out-of-network care and services but usually at a high cost. The majority — 64 percent — of Medicare Advantage enrollees are covered by HMO plans [source: KFF].

Preferred Provider Organization (PPO) plans — PPOs are similar to HMOs, except beneficiaries have the option of seeing a physician who's outside the plan network, although out-of-network services typically cost more. A referral from a primary care doctor is not usually required for specialist appointments. Twenty-three percent of Medicare Advantage beneficiaries are enrolled in PPOs [source: KFF].

Private Fee-for-Service (PFFS) plans — PFFS plans are offered by private insurance companies, and those insurance companies decide what benefits are offered, the cost and payment terms. Under PFFS plans, beneficiaries aren't required to choose a primary care doctor, nor are referrals required for specialist appointments. Not all doctors and hospitals accept PFFS plans, though, and these plans might not be available in your state or county. Originally local PFFS plans did not have established care networks, but in 2011 health care reform laws required most to do so. In 2014 about only 2 percent of people carrying Medicare Advantage plans were enrolled in PFFS plans [source: KFF].

Special Needs plans (SNPs) — Special Needs Plans are plans tailored for specific groups of people. SNPs include access to both doctors who specialize in the needs of those enrolled in a specific plan, and Medicare prescription drug coverage. People with diabetes, people who live in nursing homes, and people who are eligible for both Medicare and Medicaid, for example, might be eligible for a Special Needs Plan. Between 2006 and 2014, enrollment in SNPs increased from half a million to nearly 2 million people [source: KFF].

Additionally, some regions offer Medicare Medical Savings Accounts (MSAs), which are similar to Health Savings Accounts (HSAs) for individuals under 65. Medicare MSAs are a combination of two plans: a high-deductible Medicare Advantage plan and a special medical savings account (funded by Medicare) to pay for health care costs incurred before you meet the deductible in your Medical Advantage plan.

Medicare Cost plans are also available, again depending on where you live. Enrollees in Medicare Cost plans must carry both Medicare Part A and Part B, but this hybrid plan gives beneficiaries the option to go to out-of-network providers on a fee-for-service structure (including the expense of Part A and Part B deductibles and co-insurance). In 2013, 50 percent of Medicare recipients had incomes below $23,500 [source: KFF]. Medicare Savings Programs (MSP) are available to help seniors pay their Medicare premiums, Original Medicare deductibles, co-pays, coinsurance and prescription costs, but these plans are limited and on a state-to-state basis.

Details such as coverage and price depend on the specific program and the state the beneficiary lives in; in Pennsylvania in 2015, for example, there were 129 plans to choose from [source: Scandlen]. 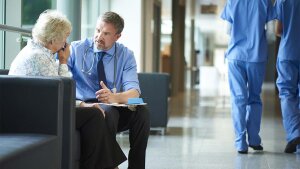 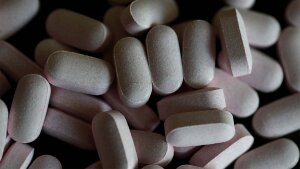