What are broad-spectrum antibiotics? 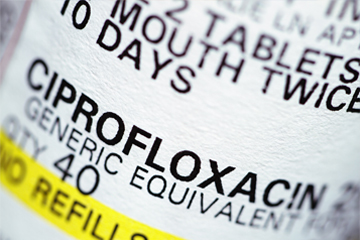 Sometimes when you're sick, your doctor takes one look at you and knows exactly what's wrong and what medicine to prescribe. But other times, you may have symptoms that could be caused by several different bacterial infections, and it may be tough to tell the difference between them.

Fortunately, there are options in those situations. Instead of prescribing an antibiotic that works only against a select group of bacteria, your doctor can treat you with a course of a broad-spectrum antibiotic, which is effective against a wide range of infectious agents [source: Tufts]. Instead of narrow-spectrum medications such as penicillin or rifamycin, for example, your physician can turn to a broad-spectrum antibiotic such as chloramphenicol, one of the tetracyclines or the third-generation fluoroquinolones [sources: MSU, Chopra and Roberts].

In some ways, broad-spectrum antibiotics are the Swiss army knives of medical care. A study by the U.S. Centers for Disease Control and Prevention (CDC) in 2014 found that broad-spectrum antibiotics are the most commonly used antibiotics in hospitals throughout the U.S. But that comes with a significant downside. Because they kill microbes indiscriminately in a scorched-earth sort of attack, they wipe out beneficial ones, as well.

To make matters worse, broad-spectrum antibiotics also increase the possibility that some microbes will develop antibiotic resistance, health experts worry [source: HealthDay News]. For that reason, doctors generally try to quickly "de-escalate" broad-spectrum treatment and switch to a narrow-spectrum antibiotic as fast as they can [source: Williams]. In the future, they're hoping that better diagnostic tests will allow them to pinpoint a precise treatment more quickly [source: HealthDay News].

Could Phage Therapy Fight Superbugs?
What's the Deal With the New Statin Recommendations?
What is the future of minimally invasive surgery?