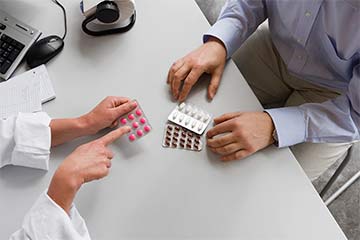 Mixing antibiotics sounds like a reasonable idea. If you have two different kinds of infections in your body, or one really severe one, maybe you'd need a double dose of antibiotics to get the job done. Combination therapy, or polypharmacy (using more than one type of medication or therapy for an illness), is common in the treatment of HIV/AIDS, cancer, malaria and tuberculosis because it decreases the risk of drug resistance. Resistance is a huge problem with antibiotics, so it stands to reason that this method could work with antibiotics, too. But in 2013, one study found that antibiotic prescriptions as we know them are no match for the replicative power of drug-resistant bacteria -- and that combining them can actually make things much worse.

The study, by evolutionary biologists at the University of Exeter in the United Kingdom and Kiel University in Germany, made some startling discoveries about just how quickly bacteria can become antibiotic-resistant. They subjected E. coli bacteria to single-antibiotic treatments and a combination of erythromycin and doxycycline, which is known to be very effective in the first 24 hours. And indeed, the combo worked very well in the first day -- E. coli levels went down a full 95 percent. But only a day later, they were up 500 percent, which the researchers admitted was shocking [source: Pena-Miller]. They thought they had accidentally contaminated the experiment and started over, but the results repeated themselves. The combo's effectiveness plummeted rapidly, to the point where it was basically worthless within five days. The E. coli was running rampant.

So what happened to make this supposedly potent treatment even less effective than a single antibiotic? The powerful combo had easily knocked out all but 5 percent of the E. coli at first, but that resistant 5 percent was amazingly resilient and resourceful. Within another day, it had duplicated genes and developed four new ways to resist the antibiotics. The bacteria in the single-treatment sample hadn't had to fight so hard, so they didn't mutate in the same ways. It was "what doesn't kill you makes you stronger" to the nth degree.

The medical world has been on alert for years about the drug-resistant bacteria, but the results of this study suggest that the crisis could be worse than we thought. We've been underestimating the strength of these resistant bacteria. Based on these study results, combination antibiotic therapy doesn't look like a smart route, especially when you're dealing with known resistant bacterial strains like E. coli and methicillin-resistant staphylococcus aureus (MRSA). Alternating therapy (periodically switching drugs) could be a better idea, the authors say, but definitive research is still lacking.