by Loraine Fick Apr 1, 2019
Just about everybody gets them once in a while – the constipation woes, the backup blues. Sometimes a stool softener might be just what you need to gently facilitate the go. Flickr (CC by 2.0)

Stuff happens from time to time, until it doesn't. Just about everyone has occasional constipation, though you may not know it since no one wants to talk about it (except maybe your mom). Feeling bloated, too full, sick to your stomach – when the situation's a no-go, you can get pretty uncomfortable.

About 4 million Americans have frequent constipation – not that once-in-a-while, I-shouldn't-have-eaten-that kind, but frequent – that results in 2.5 million doctor visits a year. The rest of us make a trip to the drug store and reach for laxatives, which come in several different formulations depending on why you're stopped up.

Stool softeners are a type of laxative, but not all laxatives are stool softeners. Stool softeners, also called emollient laxatives, are gentler than the harsher laxatives, which work by stimulating your body and causing it to have a bowel movement. Stool softeners, on the other hand, have an ingredient called docusate sodium that pulls water from your intestines into stubborn poop so it's softer, bulkier and easier to pass. Ahhhh ... sweet relief.

One thing to keep in mind is that one person's constipation is another's business as usual. It's perfectly normal to go as often as three times a day or as little as three times a week. Less than that, though, and you may have the big C.

Since a stool softener is gentler than a laxative it will typically work more slowly – your symptoms should ease up in a day or two. If you've had surgery, your doctor might prescribe a stool softener if there's a chance that straining to poop could slow your recovery. Lots of times people take a stool softener along with pain meds, which are notorious for clogging up the plumbing.

But what about nature's stool softeners? These tips can help you wipe out the problem so you don't need that little box of pills:

Now That's Interesting
One of the chemicals BP used to clean up the Gulf of Mexico oil spill – dioctyl sodium sulfosuccinate – is a common ingredient in laxatives. 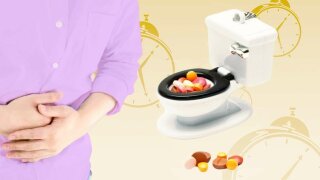 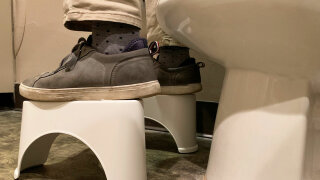 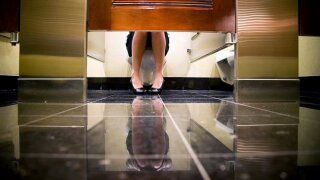