Toilet stool, like the Squatty Potty have been gaining popularity in recent years. The idea behind them is that they allow the human body to assume a more natural position for pooping (with the knees drawn up) which can help fight constipation. Now, researchers can lend some scientific credence to back up these claims, thanks to a study conducted at The Ohio State University and published in the Journal of Clinical Gastroenterology in October 2018.

"A large portion of the world including Asia and the Middle East utilizes some form of squatting while having a bowel movement," emails Dr. Rohan Modi, a gastroenterology fellow at University of Virginia, who worked with the research team during a previous position at The Ohio State University Wexner Medical Center and College of Medicine. "We see a number of people in both the clinic and hospital setting who struggle with constipation or incomplete emptying that sparked our interest in using this toilet stool as a non-pharmacologic option for patients."

"Toilet stools have become a part of pop culture after being on YouTube videos and TV shows," adds Dr. Peter Stanich, an assistant professor of gastroenterology, hepatology and nutrition at Ohio State, who also worked on the study. "They are frequently brought up by patients, as well as friends and family members. To really answer the questions on effectiveness, someone needed to assess their benefit in a scientific way."

The study, which Stanich believes is the first of its kind in the U.S., enlisted 52 volunteer participants. Even though they were otherwise healthy, 44 percent reported problems with straining on the toilet and one-third experienced difficulty totally emptying their bowels in one movement. For four weeks the participants propped their feet on a toilet stool when taking care of business.

The results were impressive: 90 percent reported less straining than prior to using the stool, and 71 percent said they enjoy faster bowel movements. In addition, two-thirds of the participants plan to continue using a toilet stool after the conclusion of the study.

Many people turn to dietary changes or laxatives to find relief. However, nothing was working for Bobby Edwards and his family, who designed the first Squatty Potty using common household items.

The Invention of Squatty Potty

"They say that necessity is the mother of all invention and my mother [Judy Edwards] was constipated," says Bobby Edwards, CEO of Squatty Potty, in an email interview. "She visited a physical therapist who suggested she adjust her posture by mimicking a squat. She tried it with a regular stool and it worked."

But a few flaws became apparent with their homemade device after a few months. "It wasn't the perfect height or width and it got in the way. She enlisted me to help her design a new stool and with the help of paint cans and phone books we came up with the correct height and width and made it horse shoe shape so that it tucked under the toilet." Edwards then created a computer design and enlisted the help of a friend to construct a prototype out of plywood. "I painted it white and gave it to her and voilà, the first Squatty Potty was born." From that product, a multimillion dollar company was born.

He notes that people without bowel issues probably don't need a toilet stool. "But if you have mild constipation or issues with complete elimination, it is certainly reasonable to try – once you have discussed with your physician and made sure there are no signs of a more serious cause of your symptoms (such as colon cancer)."

Editor's Note: This article was unsolicited by Squatty Potty, though HowStuffWorks may earn a small commission if you click on our Amazon affiliate link.

Now That's Interesting
Contrary to popular belief, it's not necessary for a person to poop every single day. Instead, constipation is more commonly associated with the need to strain during bowel movements, incomplete emptying of the bowels, painful movements and the passage of stools that are smaller and harder in size (normal stools should be soft and formed).

Budweiser's Clydesdales: How These 'Gentle Giants' Came to Symbolize a Brand 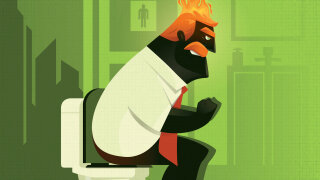 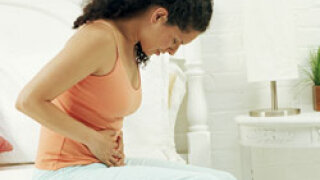 How to Prevent Constipation 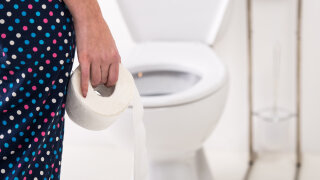