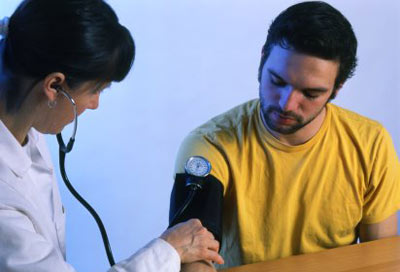 Among the people in the United States who have high blood pressure, only 37 percent have the condition under control.
Jonnie Miles/Photographers Choice/Getty Images

Vasodilator drugs are medications that get their name from the Latin words "vasa," which means "vessel," and "dilate," which means "to make wider." These drugs work by relaxing the smooth muscles that line the walls of blood vessels -- causing the blood vessels to increase in diameter and allow blood to flow through more easily. As a result, the heart doesn't need to work as hard to pump blood through them, and blood pressure is lowered because there's less force in the vessels. Vasodilators aren't a cure for high blood pressure; however, they can help control the condition.

Doctors prescribe vasodilators for the treatment of high blood pressure and angina (chest pain caused by heart disease). Vasodilators can also relieve symptoms associated with heart failure, a condition in which the heart cannot pump enough blood to nourish the cells throughout the body.

High blood pressure is dangerous because it puts stress on the heart and the blood vessels, which, over time, can lead to permanent damage. If untreated, high blood pressure increases a person's risk of having a heart attack or stroke, or developing heart failure or kidney failure.

There are several classifications of vasodilator drugs. Arterial dilators primarily affect arteries, venous dilators work on veins and mixed dilators have an effect on both arteries and veins. Most vasodilator drugs fall into the last category.

We'll learn more about types of vasodilators on the next page. 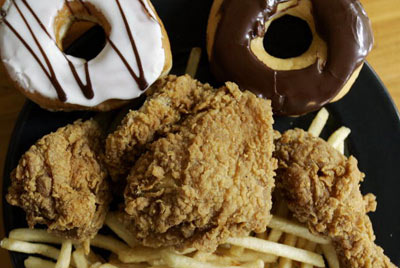 This plate of food would definitely not be a part of a heart-healthy diet to lower blood pressure.
Robert Sullivan/AFP/Getty Images

It's more common to classify vasodilator drugs based on the way they work to widen blood vessels. Some act directly on blood vessels, making them relax and become wider. Others inhibit specific actions of the body that would cause the blood vessels to tighten and become narrower.

Many vasodilator drugs have other effects that can sometimes provide additional benefits. For example, some calcium channel blockers not only dilate blood vessels but also lessen the heart's mechanical and electrical functions, which in turn can enhance their blood-pressure-lowering action and may also help regulate arrhythmias (irregular heart rhythms).

Doctors decide which type of vasodilator drug to prescribe based on medical history, current symptoms and other medical conditions. Vasodilator drugs are rarely used alone -- they're usually prescribed in combination with other types of blood pressure drugs.

Once people who have high blood pressure begin taking vasodilator drugs, they generally need to keep taking them for the rest of their lives. Without these medicines, they would be at risk of developing serious health problems. And medicine alone may not be enough. People who are taking vasodilator drugs are usually encouraged by their doctors to make healthy lifestyle changes, like eating a heart-healthy diet, getting regular exercise and practicing stress-management techniques.

Side Effects of Vasodilator Drugs 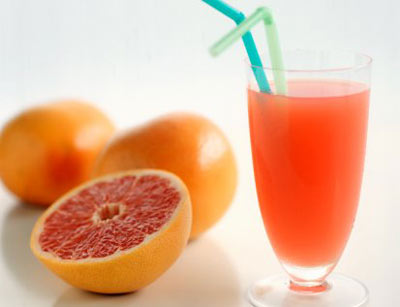 Some of the side effects of vasodilator drugs are just temporary. The following side effects usually pass after the person's body gets used to the medicine.

Other side effects call for medical attention. If any of the following side effects occurs, a patient should check with his or her doctor.

In general, older people tend to be more sensitive to the side effects (especially dizziness and lightheadedness) of vasodilators.

Patients who are taking vasodilators shouldn't take any other medicines (either prescription or over-the-counter) or dietary supplements (including herbal remedies) without first talking with their doctor. The following substances may intensify the effects of vasodilators and lead to severe low blood pressure:

Substances that can counteract the effects of some vasodilators and increase blood pressure include:

In addition, some over-the-counter medications for cough, colds, flu, sinus problems, hay fever, and asthma, as well as those for bloodshot (red) eyes or appetite control, may adversely react with vasodilators.

To learn more about vasodilator drugs, take a look at the links on the next page.

How Medicare Works
Breaking the Cycle of Addiction, With Hallucinogens
Can U.S. Doctors Legally Ask Patients About Gun Ownership?