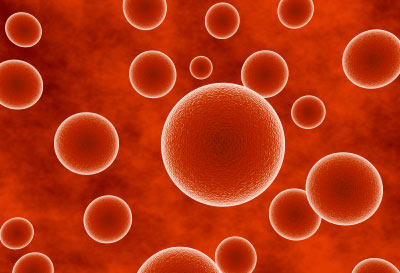 When heart failure causes blood to back up in the veins, it results in fluid buildup in the body's tissues.
istockphoto/raycat

The human body is approximately 60 percent water, which is essential to almost every life process. But sometimes a condition called fluid overload can occur, in which more fluid (primarily water) is going into your body than is coming out.

The chief cause of fluid overload is heart failure, a condition in which the heart muscle loses its ability to pump adequately. As the heart's contractions (beats) become weaker and less able to pump out the blood that enters the heart, blood backs up in the veins, causing fluid buildup in the body's tissues. The kidneys' ability to eliminate excess sodium and water is also affected by heart failure, further increasing the body's fluid congestion.

Fluid overload can also occur as a result of some other health conditions, including kidney disease and liver disease. It can also be a side effect of some medications.

Fluid buildup can also cause increasing fatigue. You may begin to feel tired after performing normal daily activities or walking even a short distance. When fluid overload is not too severe, it can be treated with a program of diet and lifestyle changes.

Heart failure occurs predominately in the elderly, but it can affect people of any age. Not surprisingly, since the number of older Americans is growing, the number of heart failure diagnoses each year is increasing at almost 10 percent.

On the next page, we'll learn about the symptoms of edema. 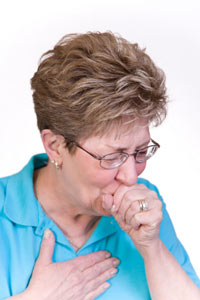 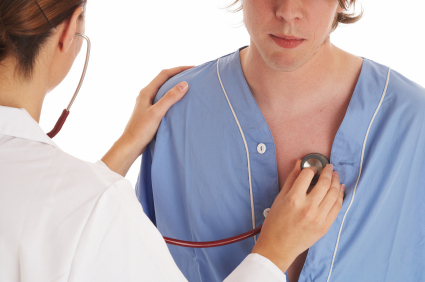 Your doctor will listen with a stethoscope to detect any fluid in the lungs.
istockphoto/starfotograf

Your doctor will obtain a detailed medical history and conduct a full exam. He or she will listen to your lungs through a stethoscope to detect the presence of fluid (an indication of pulmonary edema) and look at the veins in your neck.

Your doctor might order tests to help make a diagnosis. Results of blood and urine tests are useful for the diagnosis of certain types of fluid overload related to kidney or liver disease. Your doctor may order tests to detect abnormalities in your heart's electrical activity, size, shape and function during rest and exercise.

If you have fluid overload, your doctor will probably suggest that you reduce the amount of sodium (salt) in your diet. Doing so can be a very effective way of combating the buildup of excess fluid. Most Americans eat a diet containing lots of processed foods, which are very high in sodium.

Leg, ankle and foot edema can be improved if you elevate your legs above the level of your heart for 30 minutes three or four times each day. Compression or support stockings can also help edema.

Your doctor may prescribe oral medicines (diuretics or "water pills") to reduce the symptoms of the condition. Diuretics cause the kidneys to pass more water and sodium, reducing fluid volume throughout the body. Unfortunately, these medications often become less effective the longer one takes them, and eventually many people with fluid overload require hospitalization.

Typically, an in-hospital treatment for a serious case of edema includes intravenous (given with a needle into the bloodstream) administration of medications such as diuretic drugs, vasodilator drugs and inotropic drugs.

If intravenous drug therapy doesn't relieve the edema, patients may receive a procedure known as ultrafiltration, which uses a filtering device to remove excess fluid.

Follow the links on the next page to learn more about fluid overload and edema.

Slow Walkers May Be at Greater Risk of Heart-related Death, Study Shows
What is high blood pressure?
How is CHD treated?