Dealing With Addiction While Pregnant 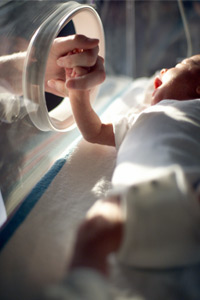 A baby born an addict may have to spend weeks in the hospital recovering.
Photodisc/Thinkstock

An addiction to drugs or alcohol isn't healthy for any woman, but if she's pregnant, the dangers quickly multiply. When harmful substances enter the mother's bloodstream, they pass through the placenta and umbilical cord, which is an unborn baby's lifeline.

Even if a mother ingests only a small amount of drugs or alcohol while pregnant, it will stay in her baby's bloodstream long after it has passed out of her own. And it will affect the baby to a greater degree because it can disrupt his precise developmental timetable [source: American Pregnancy Association].

An expecting mother's addiction to drugs or alcohol creates a precarious existence for her baby -- one that could end in miscarriage. If the baby does survive the mother's drug abuse, he may be born prematurely, with fetal alcohol syndrome (a condition caused by exposure to alcohol and characterized by facial deformities, central nervous system disruption and slowed mental and physical development) or with other health and mental issues. He could have malformed or missing limbs or deformed internal organs. And if the mother has shared needles with an infected user, the baby could be born with the human immunodeficiency virus (HIV) [source: National Institute on Drug Abuse, Medline Plus].

Pregnancy can be overwhelming in even the best of circumstances, but it's especially hard to make good decisions under the influence. However, there's one thing that every expecting mother who's suffering from addiction can do: Ask for help. Getting clean and sober during pregnancy -- even if it's late in the game -- is better than not doing it at all. And with knowledgeable care, the baby can be saved from being born an addict and going through painful withdrawal after birth [source: RehabCenters.net].

If illegal substances fuel a mother's addiction or if she's in her second or third trimester, it's only natural that she'll be concerned about the consequences of fessing up. Research shows that women who are afraid they'll be prosecuted or have their children taken away are less likely to seek prenatal care and treatment for their addiction [source: Advocates for Pregnant Women].

Will her health care provider report her to the authorities? It depends on where she lives. Some states, such as Iowa, Minnesota and North Dakota, require health care providers to test for and report the drug use of pregnant women. Others, such as Kentucky, are only required to test. Others yet, such as South Dakota and Wisconsin, use the results of drug testing to send pregnant women to inpatient treatment programs [source: American Pregnancy Association]. However, by seeking help with her addiction, she may save her baby's life.

Find out what her treatment might entail on the next page.

Dangers of Smoking During Pregnancy 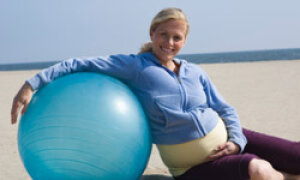 10 Tips for a Healthy Pregnancy