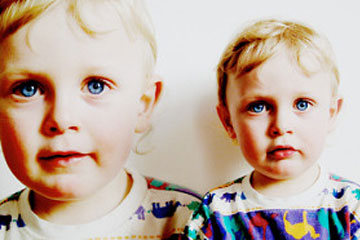 Each year, about 4 million children in the United States are diagnosed with autism.
Charly Franklin/Getty Images

Several terms are used in connection to autism, and though the field of study is maturing, much is still misunderstood about the group of conditions referred to as "Autism Spectrum Disorders", or ASD.  This spectrum describes a number of disorders with similar symptoms, such as difficulties with language and communication, and behavior fraught with repetitive or restrictive patterns.

ASD include the following diagnoses, each varying in the degree to which the disorder affects behavior and ability to function for each individual.

Another term that appears in discussion regarding autism is "high-functioning autism" or HFA. Though this may be a helpful description, there is to date no formal HFA diagnosis - or even an agreed upon definition.

"Autism", then, describes brain disorder that typically affects a person's ability to communicate, form relationships with others, and respond appropriately to the environment. Some people with autism are relatively high-functioning, with speech and intelligence intact. Others are mentally retarded, mute, or have serious language delays. For some, autism makes them seem closed off and shut down; others seem locked into repetitive behaviors and rigid patterns of thinking.

Although people with autism do not have exactly the same symptoms and deficits, they tend to share certain social, communication, motor, and sensory problems that affect their behavior in predictable ways.

Who is at Risk for Autism?Three groups are at higher-than-normal risk for autism spectrum disorders, including:

For more information about autism, see the links on the next page.