What to Expect After a Loved One Dies 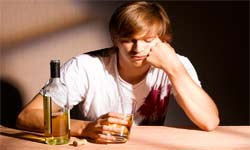 When you ask Dan J. how many children he has, he looks you straight in the eye and replies: "I really have four, but one died at six months from a heart condition."

Twenty-one years after the death of his son, this response is how Dan connects to the brief life of his first child. "It helps me keep my memory of him alive," he says.

Linda M.'s husband dropped dead of a heart attack at age 40 while playing ice hockey. He left her with two young sons to raise. In a conversation with Discovery Health Online about her loss, Linda emphasized that although she felt shattered by her husband's sudden death, she was determined "to hold it together for the kids." After speaking with her, it becomes clear that this remarkably resilient woman is honoring her husband by being the best parent she can.

Dan speaks openly about the thoughts and feelings surrounding his loss. "A part of my identity was ripped away," he reveals. "To this day, I can still recall the smell of my son's dirty sheets. I choke up when I hear on the news that something terrible has happened to a child."

Linda, on the other hand, speaks of actions and projects: The day after her husband died, she took her oldest son to ice hockey practice, even though she could barely drive. She planted a weeping cherry tree in her back yard in his memory. Her son's hockey team members sewed her husband's number on their uniforms.

No one expresses loss in exactly the same way, says Tom Golden, a grief therapist and author based in Gaithersburg, Md. Some connect emotionally to loss through words, while others engage in rituals and acts that demonstrate the importance of the deceased in their lives. It's why Michael Jordan dedicated a season of play to his dead father; why Eric Clapton wrote "Tears in Heaven" after his young son's death, he notes. What's critical is that emotions are released, rather than suppressed or denied.

Grief is an ongoing process, Golden adds. It is never completely settled. "The loss is always with you," confirms Linda. "It can be triggered by anything." One moment you are resilient, functioning and in control. The next minute you feel fragile, confused and helpless.

As personal as grief is, experts agree that people experience common thoughts and feelings in response to the loss of a loved one. These "categories" are outlined by Therese Rando, Ph.D., in How to Go On Living When Someone You Love Dies (Lexington Books, 1988). Rando, a renowned expert on the grieving process, is a clinical psychologist in Warwick, R.I., and clinical director of the Institute for the Study and Treatment of Loss.

What to Expect After a Loved One Dies: Forms of Grief

The Main Categories of Grief

During the phases of grief, people often have physical reactions, including insomnia, weight gain or weight loss, fatigue, poor digestion, irritability and inability to concentrate.

Linda reports being unable to sleep during the first six months after her husband died, and she found herself taking half-hour baths each night, though she had always preferred showers before her husband's death. Her therapist told her the baths symbolized her need for physical comfort.

Disrupted sleep is common, says Golden. "Before sleep, your body and mind are relaxed, which is precisely the state you need to be in for deep emotions to surface," he explains. Working through grief during the day can help take the edge off sleep problems.

Learning to Live With Loss

To adapt to living without your loved one, Rando says the following tasks must be accomplished.

Four years after the sudden death of her husband, Linda is working, mothering and even dating. There is little evidence of her tragedy on her face, in her talk or behavior. She will never stop grieving for her "best friend," but she has learned that grieving can coexist with a normal life.

10 Remedies That Do Absolutely Nothing to Treat the Common Cold
This Just In: Know-it-alls Know Nothing at All
Opioids vs. Crack: The Politics of Race and Addiction