by Stell Simonton Feb 6, 2018
The U.K. has appointed its first minister of loneliness amid rising evidence of an increasing problem and debate over its causes. Veronique Durruty/Getty Images

When British Prime Minister Theresa May proclaimed a new minister for loneliness in January, some people sat back on their heels and gaped. "This is so British," Stephen Colbert jibed. "They've defined the most ineffable human problem and come up with the most cold, bureaucratic solution."

The Brits already had a loneliness commission. It was a project of Jo Cox, the member of Parliament who was brutally murdered in 2016. Continuing the "loneliness work" is a statement in her memory. But loneliness has, in fact, become an increasing object of study, as researchers try to quantify what once was simply a matter of the heart.

Many of them say loneliness is a growing problem. But is it true? Are people really more lonely than they used to be?

In Britain, one person in ten is said to be lonely. And last year, a Brigham Young professor laid out the evidence for an "epidemic of loneliness" before the U.S. Senate Aging Committee. Psychologist Julianne Holt-Lunstad told the august group that the average size of American social networks is decreasing and more than 8 million older adults are socially isolated.

Behavioral scientist Brian Primack also gives the idea credence. "There are a lot of different trends in society that make [an increase in loneliness] more likely," says Primack, dean of the Honors College at the University of Pittsburgh. "There are fewer and fewer ways to connect with individuals in person."

Primack is among researchers measuring the connection between social media use and loneliness. Historically, people lived in smaller spaces with larger families, but modern America is an individualistic society, he says. "Everyone has their own car, their own room, their own TV," he says. "There's much less of a sense of sharing."

But we are social creatures who, over time, developed face-to-face ways of interacting, using eye contact, gestures and other methods, he says. "All of a sudden people are not interacting as much through those ways," he says. They're using screens and automated menus instead. The automation of so many things makes us less likely to interact with other humans, according to Primack. "Those little things do add up," he says.

Nevertheless, there's no real historical evidence for an increase in loneliness, Andrew McCulloch, chief executive of the Mental Health Foundation, told the BBC.

But Héctor L. Carral recently got a bit huffy in the Huffington Post on the subject. He's a researcher in cognitive systems and interactive media at the Institute for Bioengineering of Catalonia in Barcelona, Spain. Smartphones are instruments of communication, he wrote, not devices that reduce it. People on social media have larger social networks, and they're connecting in new ways, he stated.

In a recent email he agrees that some uses of smartphones or social media can be harmful and that some people get addicted. "It's unfair to simply say that [social media is] ruining us socially, because I believe that its effects are mostly positive," he writes.

Primack is quick to say that his study only showed tendencies. "It doesn't mean it's that way for everyone," he says. People also use social media in different ways, from "liking" cute pictures to badgering strangers over politics. Research can point out positive uses versus negative ones, he says.

An Old Problem in New Clothes?

Whether loneliness is increasing or not, today there seems to be a different focus to the discussion.

Appointing a minister of feelings seems to put the primary approach on feelings, rather than the social conditions that lead to them.

And as for research, biologists and neuroscientists are now investigating the things that psychologists formerly investigated. And psychologists took over from religious leaders, who used to lead the discussion on matters of the heart and soul.

Another way to approach the subject is to talk about alienation, as Karl Marx did.

So are people really lonelier today than we used to be? Or is the concern mostly an effort to get a handle on a new social structure and the impact of new technology?

Regardless, the U.K. has a minister of loneliness ready to tackle the problem.

Now That's Interesting
Is it worse to be lonely or to smoke 15 cigarettes a day? You guessed it. Researcher Julianne Holt-Lunstad and colleagues say that loneliness has a greater negative impact on health than cigarettes.

The Facebook Flick and Other Strange Units of Measurement

What are the effects of isolation in the mind? 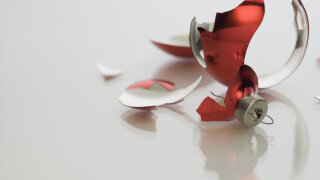 Is suicide more common around holidays? 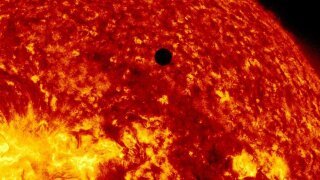 Terrified of Cosmic Loneliness? Astrobiologists Have a Dating Tip