In December 2015, parents Alana Cole-Faber and Xander Faber went public with allegations of corporal punishment at the award-winning Dora Kennedy French Immersion School in Greenbelt, Maryland. They told The Washington Post their son's kindergarten teacher spanked him while his classmates watched on multiple occasions. At least three other families have accounts of corporal punishment at the school that lend support to the claim.

The teacher denies the allegations of spanking, which is illegal in Maryland public schools. The state banned corporal punishment in 1993 (but forgot to define it), in step with a steep trend away from a practice that many experts oppose.

But corporal punishment is legal in many U.S. states. Texas, which punishes the second largest number of students in the U.S., defines the practice as "the deliberate infliction of physical pain by hitting, paddling, spanking, slapping or any other physical force used as a means of discipline."

Paddling has its proponents. Those in favor of corporal punishment typically say it engenders discipline, respect and a "healthy fear of authority." Research doesn't seem to back any of that up, though. Most education and psychology (and medical and parenting) experts say the infliction of physical pain is, at best, ineffective at achieving positive behavioral change, and at worst causes long-term harm to the student, the witnesses and the school community.

Lacie Ketelhut, program coordinator at the Gundersen Center for Effective Discipline, points to a "large amount of research that demonstrates the risk [posed by corporal punishment] to a child's mental, physical and emotional health." In fact, a 2016 report that reviewed years of studies on spankings showed that the practice leads to more mental health problems and lower self-esteem. It "impacts ALL children in the school, whether the child is the one receiving or not receiving the physical pain as punishment," Ketelhut writes in an email.

Yet in the 2013-14 school year, 109,000 children were physically disciplined in U.S. public schools, and most of it was perfectly legal.

The Laws on Hitting Students

The U.S. Supreme Court upheld states' rights to administer corporal punishment in 1977's Ingraham v. Wright. Parents of a Florida eighth grader, James Ingraham, filed the suit. Two adults restrained Ingraham while the principal hit him with a paddle 20 times. Even though Ingraham needed medical attention, the Court determined the incident was neither "cruel and unusual" nor in violation of Ingraham's rights to due process.

Only 28 states and the District of Columbia have banned physical discipline entirely, by Education Week Research Center numbers. Fifteen states expressly permit corporal punishment in public schools, meaning their school districts can decide whether to allow it. Many districts ban it, especially those serving large cities like Dallas, Houston and Memphis. Seven other states either allow exceptions or don't directly address the matter in law.

Laws for private schools vary. Some states exempt private schools from bans on corporal punishment. Others require them to jump through administrative hoops if they want to hit students.

Mississippi, where more than 50 percent of public school students attend a school where hitting is allowed, ranks first.

It's Hard to Learn When You're Scared

"As students are beaten, or see those around them beaten, the trust between administrators, teachers, and students is often destroyed. Over time, students may become less engaged in school and less interested in exploring and discovering new academic concepts," describes a 2009 report by the Human Rights Watch and the American Civil Liberties Union.

There is also an apparent bias in who gets paddled, which shouldn't surprise anyone who studies discipline in U.S. schools. Other forms of harsh punishment associated with the "school-to-prison pipeline," including suspension and arrest, also disproportionately affect minorities.

Other studies have found that students of Native American descent, as well as disabled students, are physically disciplined in school at higher rates than their white, non-disabled peers.

Most of corporal punishment's effects bode poorly for academic excellence (and equality). Ketelhut says healthy relationships and safe environments are essential to positive learning.  While every student population has unique needs, she says, "[m]ore work would be upstream through positive modeling, skill building and early intervention, instead of waiting for a problem to happen and applying a punitive reaction." The first step, according to Ketelhut, "is to change our perspective on how we define 'discipline,' and then the right tools and steps will follow."

Ketelhut is optimistic. "There is still a lot of work to be done," she says, "but I believe that schools and families are becoming more informed of safe, healthy and effective discipline practices." She notes initiatives like "No Hit Zones," which assist schools and communities in implementing disciplinary models that don't involve paddling or spanking, but use nonviolent conflict resolution and supportive communication.

Foster parents are often required to opt their children out of corporal punishment in schools, as it can hurt students who are recovering from past trauma and interfere with their ability to trust adults. 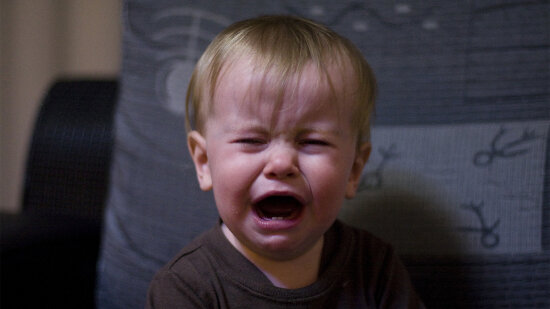 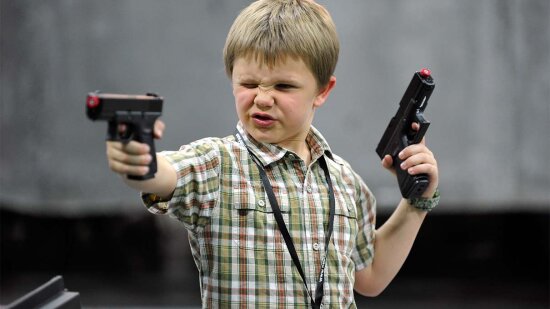 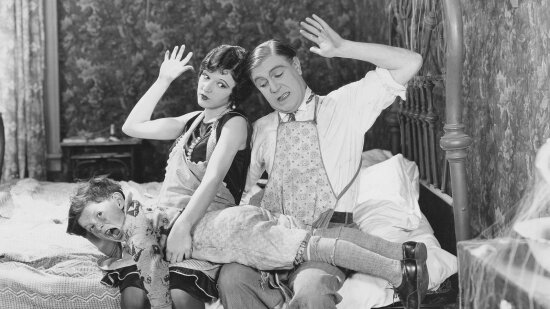 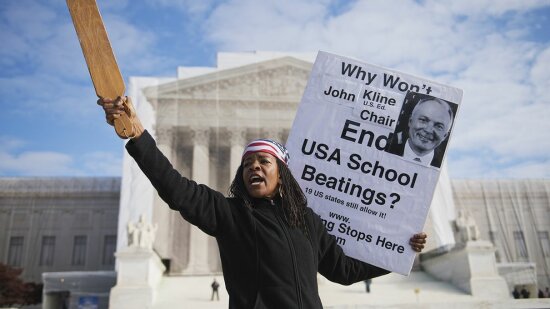 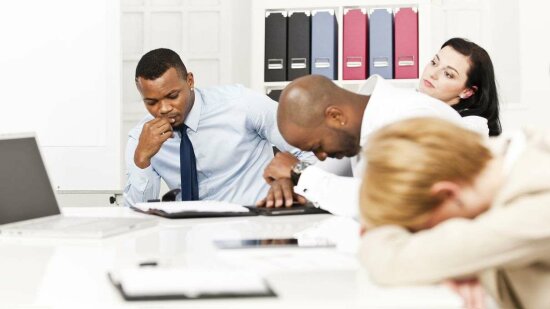 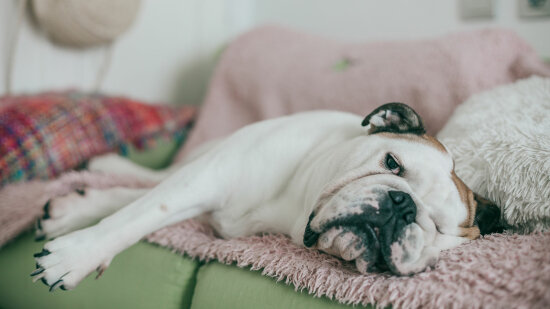