I Used My Chronotype Info to Revamp My Life: Here's What Happened

by Alia Hoyt Jun 13, 2016
A book says living life according to your chronotype gets you closer to happiness and success. We check that out. VICTOR HABBICK VISIONS/SCIENCE PHOTO LIBRARY/GETTY IMAGES

If you've ever fallen in love or run a marathon, you know that timing is everything. As it turns out, syncing your body with the schedule it's genetically programmed for can potentially unlock all kinds of physical and emotional health benefits. Since I'll take all the good mojo I can get, I was intrigued about "The Power of When: Discover Your Chronotype — and the Best Time to Eat Lunch, Ask for a Raise, Have Sex, Write a Novel, Take Your Meds, and More," a forthcoming self-help book by renowned sleep psychologist Michael Breus, Ph.D. The book promises a "straightforward life hack that requires little effort and gets you closer to happiness and success."

It's all around figuring out which chronotype you belong to and using that information to program your life. Your chronotype refers to your personal biological clock and has been popularly divided into groups such as early birds or night owls. Breus mammal-ized the categories and divided them into four, based on his review of sleep-related research. Lions are early risers, wolves are late nighters, dolphins tend to have insomnia and bears are more typical sleepers.

Having reviewed the book earlier, I wanted to see whether the advice really worked. The first step was to determine which chronotype I belonged to. Breus directed me to a 45-second quiz he developed.

I, like half of all people, fall into the "bear" category. We bears are the ones the modern societal schedule was designed for because our bio-times match the solar cycle. We're primed to rise with the sun, albeit sometimes grudgingly, and wind down as the moon makes its appearance. We also love to nap, if given the chance. Preferably after a nice big meal (mmmm ... salmon).

The book offers an ideal daily schedule for each chronotype, as well as suggested times to perform certain tasks or activities at your personal prime. For example, I learned the best time to make a deal (like buying a car or house) for a bear is 3 p.m. because, according to the science, that's when my chronotype is most well-fed and sharp.

So, I transformed into a human guinea pig and made some changes to my daily schedule over the course of about a week to see what happened. Here's what I learned:

I've always followed the nine-hour a night recommendation, but apparently I don't require it. "The average sleep cycle is 90 minutes, we have 5 (sleep cycles)," Breus explains in a telephone interview. "7.5 hours is what most people need." So, I hit the hay at 11 p.m. rather than 10, and woke when my body told me to at 7 a.m., although my brain wanted to hit snooze.

An hour less of sleep each night and I wasn't any more tired the next day — go figure!

Breus writes in his book that it's smarter to save caffeine boosts for after cortisol levels dip, which for bears occurs mid-morning and mid-afternoon. Since I don't drink coffee (no hate email, please), I enjoyed a few squares of delicious dark chocolate instead. A 2-ounce chunk of dark chocolate has as much caffeine as a cup of espresso.

Yes, it woke me up! More than usual.

The immediate activity definitely opened my eyes wider a little earlier than normal. However, it can be pretty tough for some of us to fit a full workout in at that time of day, when children are begging to be parented and fed and stuff.

Asking for a Raise

I'm self-employed, so I asked my friend Deanna about this one. She'd been hoping for a raise for quite some time. She finally worked up the nerve to talk to her boss but did it on a Tuesday at mid-afternoon. Mid-afternoon was ideal for her chronotype (she's a bear) but Breus says Tuesday is the worst day of the week to ask for a raise because it tends to be the busiest.

Although Breus would have recommended Friday for a pay discussion, as it is the least busy day of the workweek, Tuesday was not a bad day for Deanna. Her boss wasn't too slammed and was very open to the discussion. She got an increase in her hourly wage and was put on salary. So sometimes you need to look at the big picture, as well as your chronotype.

Now That's Interesting
Although you're genetically programmed to be a specific chronotype, it actually changes over time. In general, babies are wolves and toddlers are lions (apologize to your mother for those 5 a.m. "Teletubbies" re-runs). Teens often revert to wolfiness before settling into bear-hood as adults. Finally, seniors (65 and up) often turn into lions, predisposed to earlier hours. 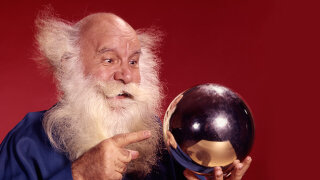 Something for Everybody: The Forer Effect 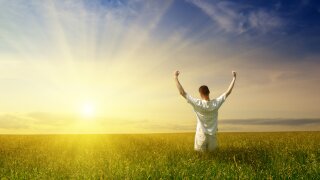