Imagine playing a game of Old Maid with a child. She is about to pick the Old Maid card in your hand, which would cost her the game. You think about how excited she'd be if she won, so you hint that she might want to select another card. She does, and she wins. You're both happy. But was letting her win a wise move?

Psychologists and child-rearing experts have long said kids need to lose once in a while. They claim that losing at games or sports helps children build coping skills, develop empathy and learn what the real world is like. Now, a new study out of Amherst College and the University of Virginia says intentionally throwing a game or challenge may result in children who can't effectively make judgments or read important information and cues.

In the study, researchers conducted a series of trials where 4- and 5-year-olds (most of them from white, middle- and upper-class families) played a game with hidden objects. Two adults gave the kids clues to the location of the objects. One adult gave accurate clues, while the other gave false ones. Then, the researchers set up the game so that half of the kids always found the hidden object, no matter what the adults said. The remaining children played a game left to chance, where they were more likely to find the hidden object if they listened carefully and figured out which adult gave useful clues.

Afterwards, the researchers asked the kids which of the two adults they'd select to help them find more hidden objects. Unsurprisingly, the kids in the unrigged game preferred the adult who gave accurate tips. But those in the rigged version had no preference. They didn't realize only one adult gave them helpful information.

That means if you always let children beat you at Old Maid, they might not learn to consider the number of cards in their hand, what's in your hand, what's in the draw pile and where they last spotted the Old Maid. Letting kids win all the time could cause them to develop a general inability to spot important information relevant to future success.

Cheating to help kids win games has ties to today's "trophy culture," where children are often given rewards simply for participating in sports and other competitive events. "Participation trophies convey some messages that hurt kids in the long run," says Nicki Nance, a licensed psychotherapist and assistant professor of human services and psychology at Beacon College, who was not involved in the study. While giving participation trophies may seem like a kind gesture — everyone's working hard out there, after all — it can backfire.

"Parents may believe that they are assuring their child's good self-esteem by rewarding them for showing up," says Nance. "In fact, they are setting them up to feel angry and betrayed when peers, partners, teachers and employers don't find their mere presence 'awesome.'" She also notes that a low tolerance for rejection, which may develop in kids who are excessively rewarded, is often at the heart of domestic violence and school shootings.

But other experts say that encouraging positive self-esteem through participatory trophies isn't necessarily harmful. However, it's important for children to learn how to distinguish true accomplishments from mere participation. Also, adults should watch how much praise they give children. If they give too much, kids may end up less resilient. The key is to limit kudos to times children actually do something impressive, like strategize, concentrate or creatively approach difficult tasks.

"Self-esteem doesn't come from being adored," says Nance. "Good self-esteem is the product of mastery. If we don't let children fail, they miss the opportunity to take ownership of success."

Now That's Interesting
In Highlights magazine's 2015 The State of the Kid report, 60 percent of the kids surveyed said it's only fair that everyone participating in a sport receives a trophy, mainly because it rewards hard work. But the remaining children also cited hard work and fairness as reasons only winners should get trophies.

Finally, a Shock to the System That’s Good For You 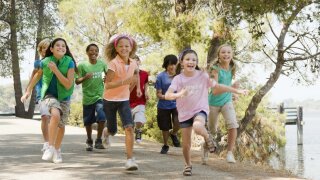 Why do children play? 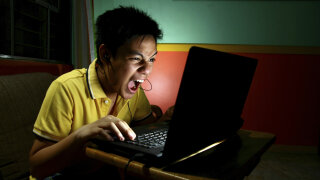 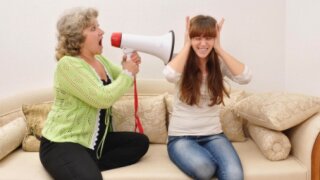