Shotgun Marriages Are on the Rise — And in Surprising Places

by Karen Kirkpatrick Nov 22, 2016
The death of the shotgun marriage has been greatly exaggerated, according to a new study. HowStuffWorks

The phrase shotgun wedding might conjure in your mind mid-20th century cartoon images of Pappy in his overalls, marching the future son-in-law at gunpoint to the barn to marry an incredibly pregnant, likely barefoot woman. Because shotgun weddings don't happen in this day and age, do they?

"In contemporary America, we don't really think of a very close connection between having a kid and getting married anymore," says Christina Gibson-Davis, an associate professor of public policy and psychology and neuroscience at Duke University, and co-author of a study that looks at shotgun weddings – or as the study's authors refer to them, midpregnancy marriages. "If you ask the average American today, 'Should a couple get married simply because the woman gets pregnant,' most people will probably say no ... We were curious to know how disconnected they are really."

Their research, published in Demography, found several surprises. First, shotgun marriages – weddings that happen after a child has been conceived and before the child has been born – are on the rise among some groups. Second, these marriages are occurring most often in demographic groups with lower overall marriage rates. Third, and most surprising, in these groups the marriages appear to be stronger – or at least as long-lasting – as marriages for couples who began married life without being pregnant.

For this study, the researchers looked at administrative data in North Carolina on nearly 800,000 white and black mothers. (The data available on Hispanic women was too small for inclusion.) They matched birth records to marriage and divorce records between 1992 and 2012.

Gibson-Davis concedes that statistically not many people have shotgun weddings. In fact, the number has been relatively stable over the past 25 years – at 10 percent of all marriages. However, what's interesting from this research is the groups that have seen a rise in midpregnancy marriages.

The study found that among children born to married parents, shotgun marriages increased by:

20 percent for all black mothers

17 percent for white mothers under age 25

60 percent for black mothers under age 25

"In our world, there are groups of women who tend not to get married," Gibson-Davis says, "women of color, women without much education. So, what is surprising to us, is that it's actually among those very groups that we think aren't getting married that have a higher fraction of midpregnancy marriages, suggesting again that they are actually responding to a non-marital conception by getting married."

Well, maybe they are getting married in larger numbers, but are they staying married? Again, some are – and those groups offered up surprises as well.

After 10 years of marriage:

Most surprising, for black women with a high school education or less, shotgun marriages were less likely to end in divorce after 10 years.

"In our study, white, well-educated people if they have a midpregnancy marriage, it's more likely to end in divorce than if they have a pre-conception marriage, whereas the reverse is true for blacks," Gibson-Davis says. "What's further surprising was that these [midpregnancy] marriages, again for select groups are just as likely to last as marriages that were formed prior the conception."

And why would that be? The study authors aren't sure as no interviews were conducted. "Perhaps because nonmarital births are so common among black couples, norms to marry 'for the sake of the child' are weaker among blacks than among whites. Thus, blacks who married either preconception or midpregnancy may have married for relationship-focused, rather than child-focused, reasons," they write.

Gibson-Davis points out that with fewer women in these select groups getting married before conception, the proportion of midpregnancy marriages has been increasing as a fraction of married births. "But it also suggests that those of us who think fertility and marriage are disconnected, maybe we're overstating the case a bit."

This information is important, researchers say, because other studies have shown that having married parents is good for children. The scientists intend to look further at how marriage affects children in ways such as whether being born to married parents improves academic achievement and school behavior.

What Happens to Drivers When Toll Roads Stop Taking Cash? 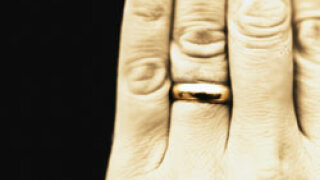 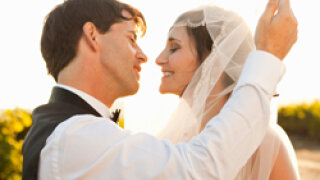 Betrothed Through the Centuries: A Timeline of Marriage 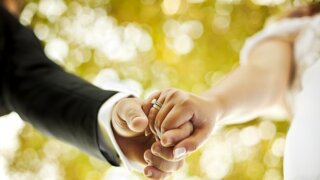 The Ancient Element Bismuth Is the Pink in Today's Pepto-Bismol
June 4, 2020