by Alia Hoyt Feb 9, 2018
Kylie Jenner poses inside Sugar Factory American Brasserie at the Fashion Show mall on April 22, 2017, in Las Vegas, Nevada. Her Instagram of her new baby became the most liked Instagram photo of all time. Ethan Miller/Getty Images

Feb. 4, 2018 (Super Bowl Sunday) saw a lot of major happenings in the world of entertainment and sports. The Philadelphia Eagles won the Super Bowl for the first time in the franchise's history. Tom Brady and company lost (a rarity in and of itself). "This is Us" finally revealed how Jack Pearson met his end. But 20-year-old Kylie Jenner eclipsed all of these by not only admitting (finally) that she had been pregnant the last nine or so months, but also that she'd delivered a baby three days earlier. She did so by way of a nearly 12-minute video documentary chronicling her pregnancy, culminating in delivery room footage and baby Stormi's first cries.

By Feb. 8, the video titled, "To Our Daughter" had racked up more than 45 million views on YouTube and 66 million on Instagram, numbers that continue to climb. And with that, Kylie pretty much "broke the Internet" (sorry, Kim).

The entire phenomenon left some of us scratching our heads. Babies are to be celebrated, for sure, but why do so many people care about the birth of a child whom they'll likely never meet? Why the frenzy for one more addition to a family that is famous simply for being famous?

Interestingly, the Kardashians top the hierarchy of public interest ahead of even A-list actors, according to Amanda (name changed), an editor at a national entertainment magazine who is intimately aware of the public's fascination with celebs. "Interest in the Kardashians will always trump all other celeb news because they've done a great job at two things: saturating the media (you can't pick up one magazine without seeing them and their reruns dominate E!), and bringing viewers in," she explains in an email interview.

"For all their half-truths and fakeouts (using fake exteriors so fans can't find their houses, hiding relationships for extended periods of time), they make viewers feel like family. We have watched them for 10 years. We've seen Kendall and Kylie grow up. ... It's so exciting when A-listers have babies, but they feel so far removed from us. With the Kardashians we walk through every step. Kylie keeping this pregnancy off social media and the show after putting every other moment of her life online and onscreen only fueled the fire."

Of course, the Kardashian/Jenner clan doesn't hold a monopoly on baby fever. It seems like we're on "bump watch" all the time for one A-lister or another. In the case of heavy-hitting parents like Beyoncé and Jay-Z or George and Amal Clooney, the world excitement does seem to reach fever pitch.

"When two celebrities come together to have a baby, it seems like a super baby," explains Dr. Matt Johnson, researcher and professor of psychology at Hult International Business School, in San Francisco. "Celebrities are pretty impressive people, so two celebrities make a really impressive baby."

Plus, there are some decidedly unsexy principles at play in the celeb baby phenomenon. "Celebrities are in demand, but they're also common. But, celebrity babies are relatively rare, and it's even more rare to get pictures of them," Johnson says. "As these become more and more rare they also become more coveted." Thus, the standard behavioral economic principles of supply and demand are in full effect. And since Kylie withheld supply for so long, demand went through the roof on "reveal day" and will likely stay that way for a while.

Of course, media outlets are quick to capitalize on these births because, hello, they're not stupid. "In our social media driven world, celebrity babies are revenue and click generating gold," says Jill Stanley, attorney and celebrity news commentator in an email. "There isn't a media outlet out there who wouldn't want to feature an exclusive picture of Stormi Webster (Kylie Jenner's new baby) or Chicago West (Kim and Kanye's newest addition) — they know well that this will lead to increased traffic, which leads to increased exposure which likely translates into increased sales."

But although the birth of a celebrity's child is big news, it's often eclipsed by stories about celebrity divorces and marriages in terms of interest, she says. "Marriages and divorce stories tend to be juicier. There are affairs, prenups, assets — just more to talk about and more parties involved."

However, "When a celeb has a baby it's like it brings us all closer together. We share in baby joy as opposed to arguing over who did what," says Amanda.

Possibly the biggest driver for modern celebrity baby/marriage/divorce fascination is the growing social media culture that offers regular people a window into the lives of the rich and famous. We see ourselves not as fans of a celebrity but more as their friend — and therefore more entitled to know what is going on with them.

"It will be interesting to see what celebrities do in the future," Johnson says. "It's going to pose some interesting challenges and opportunities because it's going to be the first generation [of celebrity babies] that grows up like this."

Now That's Cool
In less than 24 hours, the first-ever photo of Kylie's daughter with boyfriend Travis Scott became the most liked Instagram photo of all time with nearly 14 million likes (at that time). The second and third place photos are also baby-centric, with the birth announcement for soccer star Christian Ronaldo's fourth child and Beyonce's pregnant-with-twins reveal following suit.

Why 'Black Panther' Is Already Breaking the Box Office

Are Alien Worlds in TRAPPIST-1 More Habitable Than Thought? 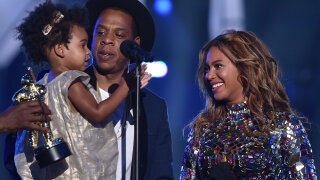 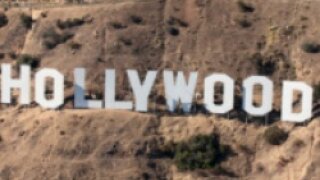 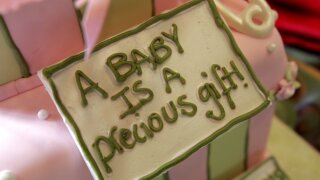