Why do we love cute things? 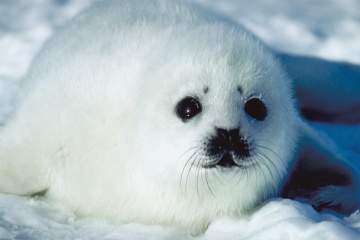 The universal sign for cuteness: a seal pup.
AbleStock.com/Thinkstock

You may not be ready to admit to the serious crush you have on LOLcats (adorbs!), but even the most rough-and-tumble lose their cool when confronted with the seriously cute. From fuzzy bunnies and cuddly puppies to cooing babies and hugging hedgehogs, humans of both sexes love cute things. And we don't discriminate; we love all kinds of cute things. Some cars sell well simply because they're cuter than others (case in point: the Mini Cooper). The ability to zero in on cute people, animals and products is universal. Why do we love cute things?

It all has to do with the survival of our species: We're drawn to cuteness because we're hardwired to notice human babies. Born so vulnerable that they must be lifted to breast or bottle, human babies trigger a strong protective response. Our fondness for cuteness makes us more liable to interact with, care for and defend babies. It's a built-in life insurance policy that ensures they will survive and continue the human species.

The urge to love cute babies is so fervent that we fall for nearly anything with a measure of adorability. In fact, researchers have discovered that humans react equally well to babies of any species, whether a kitten or a fuzzy caterpillar [source: Angier]. That's because we're innately predisposed to recognize "cute" cues, such as a disproportionately large, round head. Other cues include big eyes situated just below the midline of the face, chubby cheeks, large forehead, round body and soft exterior. Collectively, these traits are known as baby schema. Seeing them will activate the mesocorticolimbic system, which gives a feeling of euphoria similar to that of opioid use. By activating glutamate receptors in the brain that trigger an anticipatory sense of reward and enjoyment, we are compelled to seek more of the cute things we encounter, whether that means holding, cuddling or cooing over them [sources: Borrell, Guo et al.].

We're even attracted to inanimate objects that evoke a sense of "baby." Objects ranging from balloons and rocks stacked snowman-style to punctuation marks such as colons, hyphens or parentheses prompted subjects to react as if the objects were real babies. In fact, the more cuteness an object, animal or person possessed, the greater the human response [source: Angier].

Honesty and Profanity Are Surprising Bedfellows
Why All the Hullabaloo Over Handshakes? They Matter
How to Tell When Somebody's About to Stab You in the Back