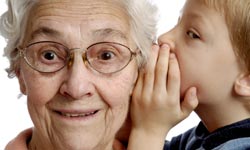 There's a story about a guy who called his grandmother the first time he cooked a roast. "I did it just like you used to. First, I first lopped of the ends of the roast, then seasoned it, added onions and carrots, and put it in the oven for two hours. It was perfect."

"You cut off the ends?" she asked.

"Didn't you?" he countered.

"Only when the roast was too big to fit the pan," she said.

Old wives' tales are like that. They may have been useful at one time and may have some truth to them -- but it's probably gotten garbled in translation from one generation to the next. After all, many of these "old wives" were midwives and healers who were valued medical practitioners. We shouldn't be surprised to find some science in their advice.

Other beliefs and practices that stem from old wives' tales, on the other hand, are closer to superstition. Accepting them gave people a sense of control over situations they couldn't control or didn't understand -- and it still can today. This is especially true concerning the serious matters of health and illness, subjects that were more even mysterious to our ancestors than they are to us.

We've collected 10 myths about health on the following pages. We'll try to ferret out the falsehoods, but also uncover any legitimate basis and modern research that make those old wives look like prophets. As in the story above, just because we don't understand why our grandmothers (and grandfathers) did something, that doesn't mean they didn't know what they were doing. 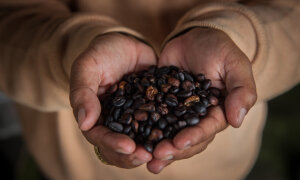