What is Cotard's Syndrome? 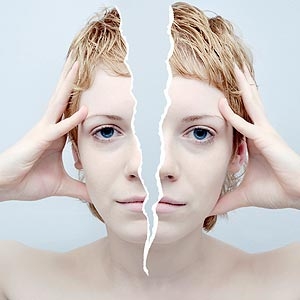 Mental illness can sometimes rip your world in two. With therapy, the pieces can start to come together.
Thinkstock/iStockphoto

Ever have those days where you feel like a zombie? Feel dead tired and out of it? Cotard’s may be the diagnosis for you! Named after Jules Cotard, a French neurologist who first described the condition, Cotard’s Syndrome (or Cotard’s Delusion or Walking Corpse Syndrome) is a rare mental disorder where sufferers imagine that they are decomposing, dead or non-existent. [source: Pubmed]

Like bipolar disorder or schizophrenia, Cotard’s is another form of delusional psychosis, the only self-certifiable form of its kind. Those with this condition often describe a loss of blood, organs and/or body parts.

In one reported case, a 20-year-old male diagnosed with bipolar disorder described his feelings of distorted reality while on a treatment of lithium carbonate 800 mg/day (“My liver and stomach are being destroyed," and, "My heart doesn't beat," and, "I don't have muscles.") [source: Psychiatry Online].

So how does one lose touch with their body to that extreme? This distorted reality is caused by a malfunction in an area of the brain called the fusiform gyrus, which recognizes faces, and also in the amygdala, an almond-shaped set of neurons that processes your emotions. The combination is a lack of recognition when viewing familiar faces (even the face of the sufferer), leaving the person feeling disconnected with reality. [source: Scientific American]

A cure to Cotard’s Syndrome is currently unknown as scientists are still in uncharted territory when it comes to finding a treatment for the cause. Instead, focus lies primarily in treating the symptoms rather than the cause. Common treatments include anti-depressants and anti-psychotics, as well as the controversial electroconvulsive therapy.

Millions Are Texting — Instead of Calling — Crisis Hotlines
D.C. Home to Most Psychopaths, Study Finds
The Human Heart Can Literally Burst With Joy, New Research Finds