What is a 'nervous breakdown'? 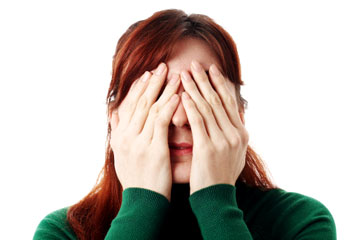 A nervous breakdown can occur during times of intense stress.
iStockphoto/Thinkstock

In the Middle Ages, it was called melancholia. In the early 1900s, it was known as neurasthenia. From the 1930s to about 1970, it was known as a nervous breakdown. "Nervous breakdown" is a term that the public uses to characterize a range of mental illnesses, but generally it describes the experience of "snapping" under immense pressure, mental collapse or mental and physical exhaustion.

The diagnosis that most closely resembles what the public calls a nervous breakdown is major depression. Depressive episodes may be caused by genetic and biological factors and are often triggered by social and environmental circumstances. Depression is defined as the "loss of interest or pleasure in nearly all activities" and "sustained fatigue without physical exertion." Depression is characterized by a lack of energy and motivation along with feelings of guilt or hopelessness. It is often brought on by stressful situations, such as relationship difficulties, health problems, the aftermath of an accident or the death of a loved one.

The mental illness known as a "nervous breakdown" may also be something like panic attacks, schizophrenia, post-traumatic stress disorder or acute stress disorder.

Surveys show that about one-third of Americans feel on the verge of a nervous breakdown at some point. Studies estimate that 50-million Americans suffer some form of mental illness in their lifetime.

Depression is treated through medication and psychiatric counseling. See the next page for more information.

When It Comes to Lying, the Nose Knows
The 'Ugliness Premium': Being Unattractive Can Mean Higher Wages
Why do we sleep?