by Melanie Radzicki McManus
NEXT PAGE 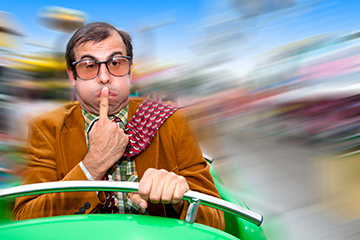 You can get motion sickness in a car, on an amusement park ride, from watching a 3D movie or even looking through a microscope.
Vincent Besnault/Getty Images

You're riding in the car, trying to get a little work done on your laptop, when you're hit by a sudden wave of nausea. You're going to become carsick. If you're lucky, you can simply look up from your laptop for a few minutes and you'll be fine. If not, you'll have to put it away for the rest of the trip. Maybe unroll the window, too, or have the driver pull over so you can get out and gulp some fresh air. You might end up puking no matter what you do. And if you're very unfortunate, your stomach might remain queasy for the rest of the day.

About 25 to 40 percent of people are susceptible to motion sickness, the term used to cover any kind of ill feeling resulting from movement, whether in a car, boat, airplane or amusement park ride [source: Reddy]. You can also develop motion sickness by watching a 3-D or IMAX movie, playing video games or looking through a microscope. Half of us who suffer from motion sickness will only succumb to an attack if the movement is quite noticeable — for example, riding in a boat when the water is rough as opposed to when it's calm.

Here are some other risk factors for motion sickness [sources: University of Maryland Medical Center, Beck]:

Age: Motion sickness tends to strike kids the most, specifically those between the ages of 2 and 12. Once in their teens, many people outgrow motion sickness, but certainly not all. But if you suffer from motion sickness and make it to your 50s, you may finally get a reprieve, as this is when inner-ear function starts to decline. (We'll explain that connection on the next page.)

Gender and Race: Studies show women are more susceptible than men, and Asians more than whites or blacks.

Location: Sitting in the back of a car makes it worse than in the front (which is one reason some say children suffer more from motion sickness than adults.) Also, if the vehicle is not well-ventilated, that can also bring it on.

Certain illnesses and conditions: If you're pregnant, prone to nausea or vomiting, or are a nervous or anxious person, you're more likely to get motion sickness. Studies show that migraine-sufferers often develop it, as do those who sleep poorly.

Finally, research has also shown that experiencing this ailment could be genetic. 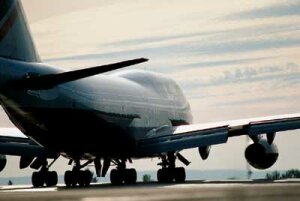 How to Deal With Motion Sickness 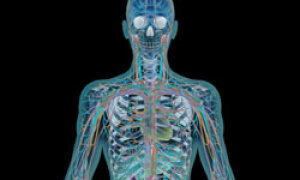