What Happens When We Sleep?

While many of us think of sleep as a largely forgotten stretch of time when nothing happens, sleep is, neurologically speaking at least, a busy time indeed. Although sleep's importance is inarguable, scientists do not know exactly why it is so important to our survival. What happens when we sleep?

Scientists recognize sleep stages by tracking the changes in brain waves. The five sleep stages are repeated as many as five times during the night. As the night progresses, each cycle lengthens, and REM sleep, during which most dreaming takes place, extends.

Why Do We Sleep?

Sleep is essential to life. Laboratory animals deprived of sleep die. And humans don't seem to be immune to the life-threatening effects of sleeplessness. A survey conducted by the American Cancer Society concluded that people who sleep 6 hours or less per night, or who sleep 9 hours or more, had a death rate 30 percent higher than those who regularly slept 7 to 8 hours. Even those who slept 6 hours or less who otherwise had no health problems had death rates 1.8 times higher than those who slept "normal" hours. 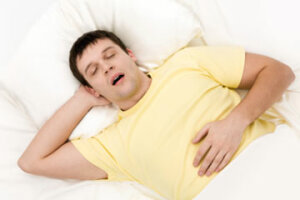