Browse the article How Do You Sleep When Sailing Solo for 4,000 Miles? 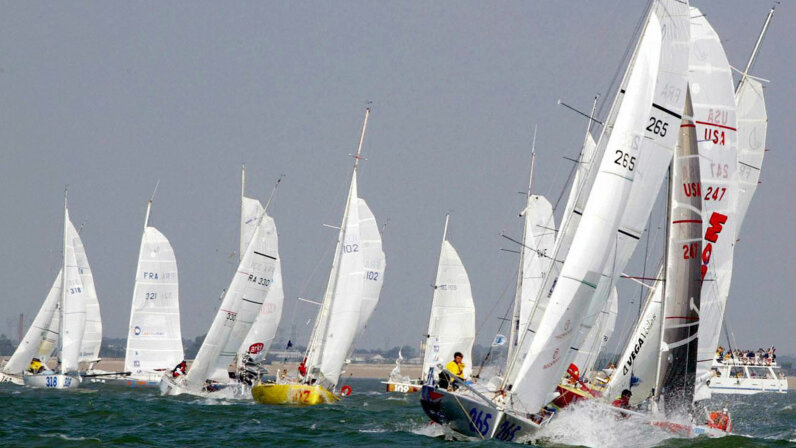 70 competitors start off in the 2003 Transat 6.50 race. MARCEL MOCHET/AFP via Getty Images

Every odd year since 1977, sailors from around the world have gathered in France for an insanely arduous race – the Mini Transat 6.50. They hop into their Mini 6.50 yachts (tiny boats at a maximum of 21 feet or 6.5 meters long) and then head west as fast as they can, hoping to be the first to reach Le Marin Bay, Martinique, in the Caribbean, some 4,000 watery miles (6,437 kilometers) away. The race has two legs: France to the Canary Islands, and the Canary Islands to Martinique.

And the biggest catch? The 80-odd sailors must do this journey alone. But how do sailors complete an endurance race that lasts three to four weeks without sleeping more than 20 minutes at a time?

That's the question behind a study conducted by researchers of the University of Bologna in Italy. Scientists wanted to better understand how sailors managed their sleep cycles, and whether certain people have inherent biological advantages that aid them during this physically demanding race. The results were published on May 4, 2020, in the journal Nature and Science of Sleep.

In the weeks leading up to the race, researchers asked 42 of the sailors to document their training and preparation. They also recorded crucial data like sleep quality, somnolence (desire for sleep) and their chronotype, which essentially means whether they're early morning types, night owls or somewhere in between.

Only half of sailors consciously prepared sleep strategies. "Expert skippers often make this choice," said professor Giuseppe Plazzi, study coordinator, in a statement. "Indeed, expert sailors with a track record of miles and miles of offshore sailing are more mindful of the importance of sleep management."

Of those with a strategy, more than half (52 percent) opted to sleep more before the race in hopes of "banking" sleep, knowing that they'd have to make serious withdrawals from that account soon. About one-quarter opted for polyphasic sleep instead, hoping that short catnaps throughout the day would get them through. Previous research conducted by "Seinfeld" says this may not always work.

The last 22 percent chose a gradual descent into sleep deprivation, with the idea that even though they'd be exhausted by the end, they could hold on for the finish line.

Chronotype data showed that about 40 percent of these extreme sailors were morning people, early to rise and early to bed. The other 60 percent were "hummingbirds," those who fall in the middle ground. There were zero night owls – who may be at a disadvantage in these types of endurance competitions, according to researchers. Sailors who were early birds were less likely to use a pre-race sleep management strategy than hummingbirds.

Regardless of their sleep strategies, the researchers found there were no real differences in arrival times for either leg of the race. (In case, you're wondering, the sailors use autopilot to keep their vessels on track while they take a nap.)

"Our next step will be to closely monitor sleep-wake cycles both during the training and during the race. In this way, we will be able to devise increasingly effective and precise sleep management strategies," said Plazzi.

NOW THAT'S INTERESTING
It's a common misconception that people can "bank" sleep in advance. But for years, science has been telling us otherwise. No matter how you strategize, sleep deprivation causes steep decreases in mental and physical performance, no matter how much sleep people try to get before a long event.