Dr. Garfield: It appears that everyone does. There are one or two documented exceptions. There was a case in Israel of a man who had received an injury, a bullet wound in the area of the brain that controls dreaming, and he's been studied and he appears not to dream. But this is incredibly rare. Mostly when people say, "I never dream," what they really means is "I don't remember my dreams," or "I don't think that dreams are important, they don't matter to me."

Perhaps they were made fun of as a child when they first reported their dreams or it was so frightening, for some reason, that they turned off dreaming completely. People do that, people who have been badly traumatized. Very often people say to me, "Oh, I used to be such a great dreamer" and "six years ago I just stopped dreaming completely." And if I ask "What happened six years ago? What was going on in your life?" They'll say, "Oh, that was when my best friend was murdered, " for example, or there was some horrific event. And to dream about it was too traumatic.

Actually, the worse thing you can do is stop dreaming. It's a very bad prognostic sign, because it means that the trauma was too deep to even represent in fantasy. As long as you're dreaming about it and even if the dreams are horrific, your mind is working on it. Like someone who's been in Vietnam who's having recurrent horror dreams about the war. It's very painful, and very difficult to go through, but their mind is still trying to cope.

I worked with a woman who had been raped, and she had recurrent dreams about this horrible experience and seeing the rapist again, and struggling with him. As she got better, and there was the trial going on at the time, she would dream of seeing him in a passing car, but that he couldn't get at her. There was a distance between them, a protection between them. And the dream gradually changed, in that way until he was not a component in her dream life, or very rarely, and even then he was never hurting her.

My personal opinion about what dreams do is that they are an adapter for us, that they help us solve our problems. We see certain patterns take place in dreams when a person is injured, when a person is ill, when a person has been traumatized. If people turn off their dreams totally they're deprived of that. Meaning they don't permit themselves to even think about it. 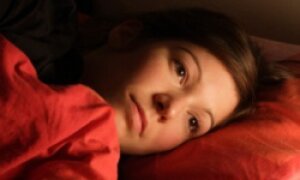 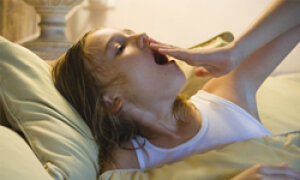