Can music make my baby smarter? 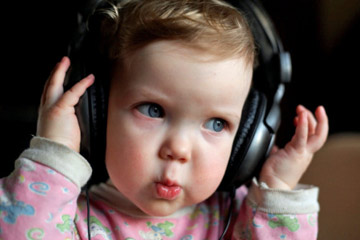 Ooh, that's a good track. But is it going to make your baby any smarter?
Hemera/Thinkstock

In 1998, Georgia Governor Zell Miller asked his legislators to pony up enough money to give a CD of classical music to every parent of a newborn across the state. Eventually, a company that produced classical music CDs specifically for infants offered up free CDs for the ambitious new parents.

The governor assured the state that listening to classical music while still in the crib would improve skills needed for math, engineering, "and even chess" [source: Issues2000].

To help make his pitch, Gov. Miller played Beethoven's "Ode to Joy" for the assembled lawmakers, though it's uncertain whether doing so improved the intelligence of any who were present that day.

But what it did do was give more publicity to the so-called Mozart Effect. This term was thrust into the spotlight following a study that seemed to show improvement among college students who had listened to classical music (specifically, Mozart's "Sonata for Two Pianos in D Major") for 10 minutes before participating in a test that involved folding and cutting paper.

Other groups listened to a relaxation tape for meditation, or to nothing at all. The group listening to Mozart before the test scored on average 8 to 9 points higher than the other groups [source: Jenkins]. However, after 15 minutes the boost seemingly gained from the classical music faded away. When this study was published in Nature, subsequent talk about the study quickly began to equate proximity to classical music with general improvements in IQ.

What brought the matter to Zell Miller's attention was a book, "The Mozart Effect," written by Don Campbell and various CDs and cassettes that began to flood the market with titles like "Baroque for Babies."

It was a great business idea. With the science seemingly supporting it, and plenty of built-in publicity, the only other component needed was a consumer who would feel guilty if the product wasn't purchased. Check.

But can music really make your baby smarter? Keep reading to find out.

When initial reports about music's effects on learning and development surfaced, there was understandably a lot of excitement. If improved performance by a student on a college entrance exam might require only the playing of a tape, you can see why many high schoolers and their parents were quite interested. And if playing that same tape for an infant could begin prepping the child for that same test -- but with a 17-year head start -- then new parents certainly wouldn't want to deprive their newborn of that, especially for the cost of a few tapes or CDs.

But while the music of Mozart and others has proven beneficial in surprising ways (see sidebar), subsequent tests have tempered enthusiasm about a link between music and a developing child's intelligence.

A comprehensive review by researchers from the University of Vienna (located in the Austrian capital that once served as Mozart's stomping grounds) of all available studies on the matter found there is no link between listening to classical music and the brain's development of spatial ability [source: University of Vienna].

Interestingly, infants in one test appeared to recognize music that had frequently been played by the parents during pregnancy, though no cognitive benefit seemed to exist [source: Owens].

Another product on the market comes with the manufacturer's claim that prenatal exposure to sounds that are ever-so-slightly different than those of the mother's heartbeat will spur the fetus to develop auditory discrimination and, hence, improved learning ability [source: BabyPlus]. While thousands upon thousands of units (a small audio player affixed to a belt for the expectant mother's belly) have been sold, there's no scientific proof that their use provides any benefit [source: Rudavsky].

However, music can relax your baby to the point of fattening him or her up. Studies have shown that premature infants who are exposed to classical music in the neonatal intensive care unit gain more weight [source: Cromie]. This is because the music relaxes the baby, who then fidgets less even when the music is not being played.

Keep reading for lots more information on music and brain development in babies.

Can music reduce anxiety? It can, according to researchers who studied its effects on cancer patients. Compared to other treatments, listening to music -- either live (performed by music therapists) or prerecorded -- led cancer patients to report lower levels of anxiety, improved mood and decreased pain [source: Wiley-Blackwell]. A study of heart disease patients found that listening to music helped lower anxiety, as well as blood pressure and heart rate [source: Wiley-Blackwell].

More Babies Are Sleeping in Boxes — and That's a Good Thing
Ain't That Some 'Shhh': Doc Reveals New Method for Quieting Crying Babies
Q&A with a NICU Nurse