A Mother'sÂ Story of Premature Delivery 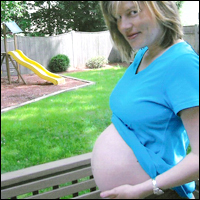 Jane Clayson tells her story of a premature delivery at 27 weeks.
DCL

Jane Clayson has risen to national prominence as co-host of a network morning news program and has covered high-profile national and international stories for both CBS News and ABC News.

The following are excerpts from Jane's diary that she kept when her son, William, was born at 27 weeks gestation. After weeks of uncertainty, Jane and her husband, Mark, finally took their son home on Feb. 13, 2006. William weighed more than 6 pounds.

A baby born before 37 weeks is considered premature. Preemies can have numerous health challenges: extreme jaundice, anemia, serious infections, gastroesophageal reflux, abnormal growth of blood vessels in the eyes and respiratory distress due to underdeveloped lungs.

It was Sunday afternoon, Nov. 27, 2005, when my water broke. Looking back, I knew I didn’t feel quite right that day. My back was achy and I was just generally tired and unsettled. I remember standing in the kitchen and telling Mark, my husband, that I just wasn’t myself. But I was only 27 weeks pregnant, so I had a long way to go in this pregnancy. At least that’s what I thought.

The amniotic fluid started trickling out of me just before we left for church. It wasn’t much at all, at first—and so we left anyway. In the car I called my doctor, just to be sure. She said it was probably just a discharge of extra fluid—sometimes that happens in pregnant women. Not to worry ...

As we walked into the church, the trickle turned into a light stream. We turned around and drove home. Within minutes of arriving back at the house, it was obvious I had a full water break. I kept thinking: "Twenty-seven weeks. I’m only 27 weeks."

I was so upset … screaming, crying. I laid in the back seat of the car as Mark drove me to the hospital. With every contraction, I told him to drive faster. The water seemed to be gushing out. We got to the hospital and I’ll never forget being wheeled into the labor and delivery ward … and through my tears saying, "It’s too early. Babies can’t be born at 27 weeks. It’s too early. It’s too early." The nurses were amazing. They calmed me and held my hands as the doctors examined me. 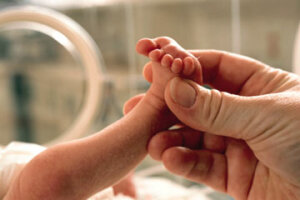