How does childhood obesity work? 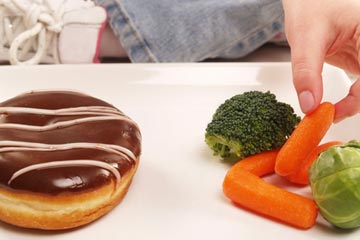 If you walk down a New York City street today, you're less likely to see the young set strolling with a soda than in 2008. In a survey by the city's Health Department, New Yorkers ages 18 to 24 who reported sipping daily on a sugar-filled drink dropped from 58 to 48 percent in two years [source: Lisberg]. Considering that in 2008, many of these New Yorkers were adolescents, this is hopeful news when it comes to the childhood obesity battle -- a fight in which calorie-heavy beverages aren't an ally.

Take two more examples. In the summer of 2010, the Alliance for a Healthier Generation -- a joint effort of the American Heart Association and William J. Clinton Foundation -- applauded the actions of 179 schools for implementing wellness initiatives [source: Robert Wood Johnson Foundation].

Or look at the community of Somerville, Mass., where painted sidewalks make walking fun, and school lunches are packed with fruit. Thanks in part, to community interventions like these, Somerville children gained fewer pounds in the 2003-2004 school year than their pals in surrounding towns [source: Parker-Pope].

Despite these success stories, we can't relax our efforts in regard to childhood obesity. School and community intervention programs don't come cheap. Families continue to feel a financial and time crunch -- factors that can make overcoming childhood obesity difficult. Plus, the statistics remain daunting. Of U.S. children ages 2 to 19, 17 percent are still obese. And rather than a hop, they've taken a jump in weight. For example, take the time between 1976-1980 and 2007-2008. During the years in between, the number of children ages 6 to 11 who were obese went from 6.5 percent to 19.6 percent [source: Centers for Disease Control and Prevention].

So how can we become part of the success stories? 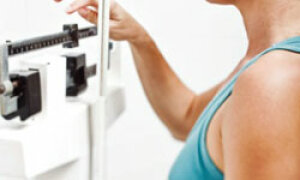 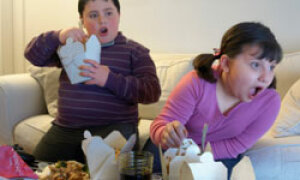 10 Things Parents Can Do to Fight Childhood Obesity