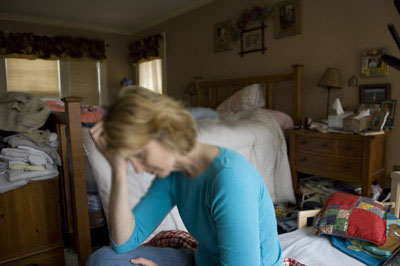 It's normal for us all to find ourselves sad from time to time, but what happens when those feelings persist and grow into intense hopelessness and despair? It may be depression. Every month, about 20 percent of Americans have at least one symptom of a mood disorder, and it can happen to anyone, old or young, any race and ethnicity [source: Mental Health America]. But just like other illnesses, from heart disease to diabetes, depression manifests differently in each of us, varying in severity and symptoms.

One in 10 adults -- about 19 million of us -- experience symptoms of major depression every year, a disabling combination of symptoms that interfere with daily life [source: Mental Health America]. Depression might rear its head once in a lifetime or frequently through the years. Chronic depression is milder and characterized by long-lasting symptoms of two years or more.

Living in the U.S. may also increase your chances of suffering from a mood disorder. In 2004, Americans were found to be the most depressed population. In one year, 9.6 percent will experience major depression, chronic depression or bipolar disorder. Nigeria, by comparison, reports a 0.8 percent rate of depressive illnesses [source: News Limited]. Why? Possibly because Americans are fairly willing to admit depression and accept mood disorders as illnesses. In some countries, such as Nepal, it's against the law to be mentally ill. Some populations ostracize people who suffer from depression.

Let's look at the ins and outs of this common illness, the criteria for diagnosis and the available treatment. But first, what are the symptoms and causes of depression?