Is There Science to Back Up the Stereotypes About Only Children?

by Laurie L. Dove Dec 6, 2016
There's plenty of science about children with siblings, and plenty of cultural tropes. Where do they intersect? knape/Getty Images

"I want it now!" demands a petulant Veruca Salt in "Charlie and the Chocolate Factory."

Whatever she wants, whether it be the prize afforded by a golden ticket or something else that catches her eye, Veruca stomps, yells, manipulates and demands until she gets it. Is her character's portrayal of a greedy, selfish, spoiled only child a rare glimpse? No way. The idea of a "spoiled singleton" is reinforced again and again in popular media.

Children who don't have siblings, according to one pervasive cultural archetype, are over-privileged loners who either high or low on the intellectual spectrum, depending on whom you ask. As our hosts Robert Lamb and Christian Sager explore in this episode of the Stuff to Blow Your Mind podcast, the stereotypes regarding singletons have deep roots that span the globe. Give it a listen here:

In Western culture, family size has been shrinking. A 2015 population survey analysis by Pew Research Center found that between 1976 and 2014, the number of only children doubled from 11 to 22 percent. But since when did "only" start to equal "spoiled brat?"

It may have been Granville Stanley Hall who started it all. Hall established one of first American psychology labs and became the leader of the child study movement. He set up a network of study groups, called Hall Clubs, where his teachings about only children spread across the U.S. Those teachings were largely based on Hall's 1896 piece "A Study of Peculiar and Exceptional Children," which profiled only-child misfits — but without the benefit of credible methodologies. "Being an only child is a disease in itself" became Hall's unofficial mantra, and his idea became a dominant narrative in the press and popular culture, despite later studies from the 1920s to 1980s that debunked the idea.

In the late 1970s, as Hall's narrative continued its reign in the U.S., China instituted a one-child policy to ensure its economic growth was not overshadowed by population growth. Although this policy officially ended in 2015, Chinese officials say it prevented 250 to 400 million births. It also created more families centered around only children. These only children were doted on by parents and grandparents, and pampered by resources that might have typically gone to multiple children, creating something known as little emperor syndrome. China Daily, which dubbed the population the "spoiled generation," argued they may also lack proper socialization from other children, like cousins.

On the flip side, being an only child has benefits. University of Texas psychologist Tony Falbo conducted studies in both the U.S. and China on tens of thousands of subjects and found that only children have higher intelligence, higher self-esteem and personalities that are indistinguishable from their peers. In other words, the little emperors and Veruca Salts of this world? Those appear to be the exception, not the rule.

Now That's Interesting
Statisticians at Oregon State University found that the environmental impact of having a second child is nearly 20 times more profound than all the other things people do to mitigate their carbon footprints during a lifetime, such as recycling.

Is Music Sampling Dead? Not So Fast

What a Big Signature May Say About Your Personality 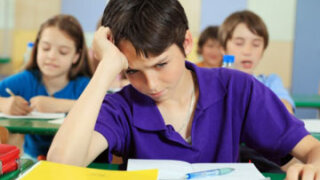 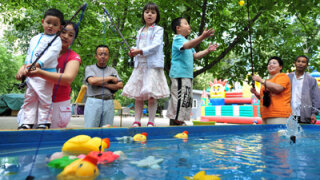 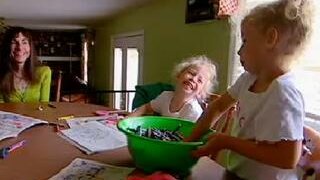 How does birth order affect personality?