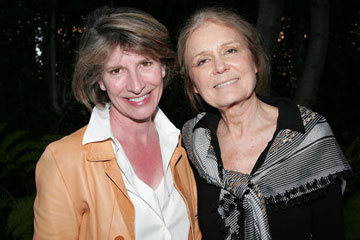 Medical abortion can be done using established medical procedures by a trained medical practitioner, by the use of hormone combinations, or by taking a drug called RU-486, which is available in the U.S. only on a trial basis.

There are three main types of medical abortion. By far the most common procedure involves insertion of a cannula through a woman's cervix and removing the fetus and placenta using vacuum aspiration. This procedure generally is used in the first trimester (i.e., the first three months after conception) and accounts for about 90% of all medical abortions.

In this procedure, which takes about 5 to 10 minutes and can be performed in a physician's office, the woman lies on an examining table with her feet in stirrups. A local anesthetic is administered to numb the woman's cervix. In some cases, a general anesthetic may be used to induce sleep, but this is usually not necessary.

The first step in the procedure involves the insertion of a speculum to hold the vaginal walls apart, followed by insertion of a cannula through the dilated cervix. The cannula is connected to a mechanical aspirator. The sucking action of the machine, similar to the device used by dentists to remove excess saliva during dental procedures, removes the contents of the uterus.

To insure that the abortion is complete, the physician may insert a spoon-like instrument, called a curette, and checks the walls of the uterus. This ends the procedure.

About 10% of abortions are performed after the 12th week of pregnancy. Two alternative procedures are used with later-term pregnancies. The first is quite similar to the procedure described above, but, because the fetus is larger and more firmly attached to the uterine wall, in addition to using suction the physician inserts a forceps to remove fetal parts that may be too large to be successfully aspirated. The procedure takes up to 30 minutes and may involve the administration of pain medication to the woman.

Alternately, in pregnancies that are past the twenty-second week of development, it is possible to induce labor chemically causing the fetus to be expelled through the vaginal opening.

Unlike the other procedures, this procedure is generally performed in a hospital. A needle is inserted through the abdominal wall into the uterus and a labor-inducing medication (such as prostaglandin, urea, or saline solution or some combination of these) is injected. Within a few hours, the woman begins labor and the fetus is expelled.

Regardless of the method used, women who have undergone an abortion should be checked for blood pressure and heart rate, and monitored to insure that bleeding and discomfort are limited. One or more follow-up appointments may be arranged several weeks after the abortion to insure that the procedure has been successful and that the woman is healthy.

In abortions performed before the 13th week of pregnancy, some follow-up surgery, for example, to remove a blood clot or to repair a tear in the cervix, is needed in only 0.5% of cases. In abortions performed between13 and 24 weeks, complications are somewhat more frequent, in part because of the use of a general anesthesia. The death rate for women who have medical abortions is one in 160,000. By comparison, in full term pregnancies, the death rate is one for every 16,000 successful deliveries.

One Million Abortions a Year

In the years before abortion was legal, from the late 1800s until the famous Roe v. Wade Supreme Court decision of 1973, more pregnant women died from infections, retained placentas, poisoning, shock, profuse bleeding and other complications brought on by self-induced abortions or abortions performed by unqualified practitioners than from any other single cause. In parts of the world where abortion is still illegal, these remain a leading cause of maternal death. By contrast, today's legal medical abortion is one of the most common and safest surgical procedures in the U.S. Approximately 1.3 million women choose to have a medical abortion performed each year.

Major complications and side effects occur in only about 1% of medical abortions. Some women experience menstrual-like cramping during an abortion and for up to an hour afterward. Most women report that this cramping is uncomfortable but not painful.

Vaginal bleeding, similar to a menstrual period, generally occurs after an abortion is completed. For the most part, the earlier in pregnancy an abortion is performed, the less likely there will be medical complications.

Despite the limited complications and risks involved, medical abortion is one of the most controversial domestic issues in American society.

Miscarriage Symptoms, Causes and Treatment
A Guide to Pregnancy Complications
How many women who have abortions are single parents?