5 Things to Know About Tanning Pills

Browse the article 5 Things to Know About Tanning Pills

Before you risk your hide for a bronze glow, you might want to get the scoop on tanning pills.
Photodisc/Getty Images

You know the damage the sun's ultraviolet rays can do to your skin, everything from fine lines and wrinkles to skin cancer (the most common form of cancer in America). Where do you turn when you want a golden glow without exposing yourself to the damaging ultraviolet rays of sunlight, or tanning bed? There are plenty of lotions and potions and pills on the market promising a healthy, tanned skin. But which ones actually work? And which ones are actually safe.

Learn all about tanning pills, what's in them, how safe they are (or aren't), and whether or not they actually work. Get answers here.

What Food Orange 8 and Tanning Pills Have In Common

The active ingredients in tanning pills are pigments called carotenoids, a range of yellow to red colors. Canthaxanthin is also used as a color additive in food manufacturing, where you might find it under the name Food Orange 8, carophyll red or roxanthin red 10. It occurs naturally and is derived from shellfish, fish, mushrooms and certain plants -- brine shrimp, among other crustaceans for example, get their color from a carotenoid called canthaxanthin -- and added to many processed foods we eat including barbecue sauces, fruit drinks and salad dressings, as well as animal feed to deeper the red color of the fish [Source: FDA].

Canthaxanthin and Your Skin

Normally it's melanin, a brown pigment, that determines the color of the skin you're in, and it's also what causes you to tan (that's the skin's way of protecting itself from the sun's rays). But when you take tanning pills you completely change the way you develop a tan -- there are no ultraviolet rays or melanin involved. In fact, you may not even develop a brown tan; rather, you may end up looking more like an Oompa Loompa.

It's the canthaxanthin, the active ingredient in tanning pills, that simulates a tan -- just as it's used as a color additive to deeper the saturation of store-bought tomato sauce and added to a chicken's diet to intensify the color of its egg yolks, it can be used as a way to pigment your skin [source: WebMD]. Consume it in large amounts and it will give you that fake orange-brown, sun-kissed glow. The way it works is like this: The body dissolves canthaxanthin in the fat (the adipose tissue) just beneath the epidermis, and when we've consumed the pigment in large quantities it begins to accumulate in that fatty layer, tinting the color of your skin [source: Drugs].

Did you know pink flamingos are only pink because of a dye job? They actually have pale, white feathers but get their pink hue from a steady diet of canthaxanthin-containing crustaceans.

Canthaxanthin may help reduce the photosensitivity side effects of a rare, inherited condition called erythropoietic protoporphyria, side effects that include itching, eczema and rashes. But as a self-tanner? At this time research is still needed to determine whether or not canthaxanthin is an effective tanning product [WebMD].

While canthaxanthin may or may not be an effective way to develop a fake bronze tan without the sun exposure, there's a problem with taking canthaxanthin supplements for tanning purposes: You need to consume high doses of the pigment before you see results, and you need to continue using the pills consistently for at least two weeks before enough pigment is deposited in your skin to show a noticeable change in color -- and consuming large amounts of canthaxanthin has side effects ranging from the cosmetic to fatal.

Safety: The FDA and Tanning Pills

Tanning-level doses of the pigment are much greater than the amounts we consume in condiments and processed foods -- amounts needed for a faux glow may be as much as five times more than we'd consume if we just relied on our diet. High doses of canthaxanthin may cause the palms of your hands and the soles of your feet to turn orange -- although it's temporary (it takes about two weeks for canthaxanthin to work its way out of your system), it's not quite the back-from-the-islands look you were probably looking for. Canthaxanthin can also cause gastrointestinal upset, dry or itchy skin and hives. And in some people those high doses of the pigment may cause damage to the eyes (the pigment causes crystals to form in the retina, causing a condition known as canthaxanthin retinopathy), as well as more permanent liver damage and aplastic anemia (a blood disorder) [source: Drugs, Mayo Clinic].

If you were to eat one to three pounds of salmon every day you'd reap the sun-blocking benefits of something in the fish called astaxanthin. But that's not a realistic diet for anyone, so it's a good thing it can be found as the main ingredient in sunscreen pills. Emerging research suggests astaxanthin, found in any red plant or animal living in the ocean, may work as a sunscreen because it absorbs UV rays from the sun -- but if you aren't convinced of its UV-deflecting abilities, it also may help reduce the pain of a sunburn.

Other Types of Tanning Pills

Tanning accelerators are a type of tanning pill that when consumed are supposed to speed up the production of melanin in your body. They contain ingredients such as psoralen (a plant-derived ingredient that may increase your skin's sensitivity to sunlight) and tyrosine (an amino acid the body needs to produce melatonin). Do they work? Current research suggests there is no truth to this claim. 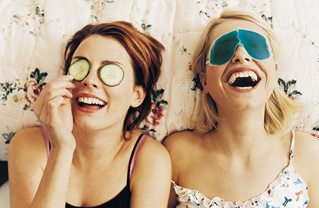 How to Shrink Large Pores

Large pores can make you look older and cause annoying blackheads. Learn how to shrink large pores naturally with our skin care tips.