Does Tattoo Removal Hurt and What Can I Expect?

The unfortunate thing about tattoos is that both getting them and having them taken off can be uncomfortable. The impact of the energy from the laser's powerful pulse of light has been described as similar to getting hot specks of bacon grease on your skin or being snapped by a thin rubber band. (Compare these descriptions to those of how it feels to get a tattoo in How Tattoos Work.) Because black pigment absorbs all laser wavelengths, it's the easiest to remove. Other colors, such as green, selectively absorb laser light and can only be treated by selected lasers based on the pigment color.

In preparation for a laser procedure, doctors recommend that non-aspirin products, like Tylenol, be used for minor aches and pains prior to the procedure, because aspirin and nonsteroidal anti-inflammatory agents such as Ibuprofen can produce pronounced bruising after treatment.

Further pre-treatment steps might include the application of a prescription anesthetic cream two hours before the laser session. It is wiped off just before laser surgery begins. (Some patients say they don't need this. Others prefer to have a local anesthetic injected into the tattoo prior to laser therapy. Pinpoint bleeding is sometimes associated with the procedure.) Then pulses of light from the laser are directed onto the tattoo, breaking up the pigment. Over the next few weeks, the body's scavenger cells remove pigment residues.

More than one treatment, which actually only takes minutes, is usually needed to remove an entire tattoo -- the number of sessions depends on the amount and type of ink used and how deeply it was injected. Three-week intervals between sessions are required to allow pigment residue to be absorbed by the body.

Following treatment, the doctor will apply an antibacterial ointment and dressing to the area, which should be kept clean with continued application of ointment as directed by your doctor. A shower or bath the day after treatment is okay, but the treatment area should not be scrubbed. Your skin might feel slightly sunburned for a couple of days and the treated area may remain red for a few weeks. The site might also form a scab, which should be handled gently. After healing, the site will gradually and continually fade.

Side effects of laser procedures are generally few but may include hyperpigmentation, or an abundance of color in the skin at the treatment site, and hypopigmentation, where the treated area lacks normal skin color. Other possible side effects include infection of the site, lack of complete pigment removal and a 5 percent chance of permanent scarring. 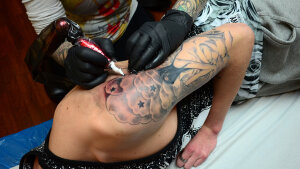 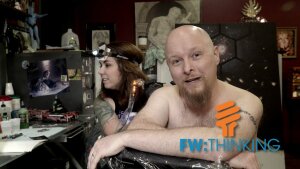 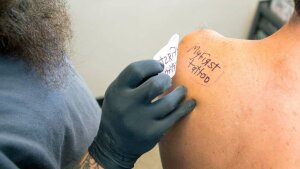