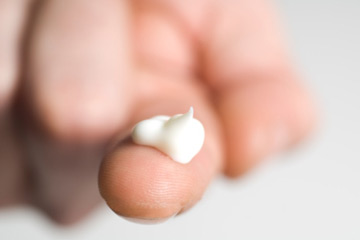 Are the ingredients in your moisturizer best for your skin type? Find out what your skin needs for optimal health. See more personal hygiene pictures.
Hemera/Thinkstock

The differences between men and women extend beyond physical size, spatial perception and empathy -- the very skins that house our collections of contrasts are different, as well. While any basic moisturizer would serve either gender much better than none at all, there are differences in skin qualities and needs, as well as in the types of moisturizers that are produced and marketed toward both genders.

Men are more likely to work or spend longer portions of the day in the sun. As such, men have a strong need for a moisturizer that offers skin protection from the sun.

In addition to being less likely to feel a need to use moisturizer, men are also less likely to use it on parts of their bodies other than their faces. In general, having the softest hands at the gym isn't high on a man's list of priorities. However, excessively dry skin can lead to discoloration of the skin or eczema.

There are some notable differences in the skin of men and women. For example, men's skin has more oil. Before the age of 50 or so, testosterone causes increased oil production. Estrogen, on the other hand, suppresses oil production. As a result, men's skin may naturally age better (under laboratory conditions, that is) but will also be more susceptible to adult acne.

Another difference is that women's skin is thinner, and not just when it comes to jokes about body weight. This means that women are more susceptible to the harmful, aging effects of sun damage. On the other hand, women are more likely to take protective measures in the first place when it comes to using moisturizer. And as a man's oilier skin begins to dry out as he reaches the later years of middle age, his skin becomes thinner, as well.

Due to frequent shaving, most men have facial skin that's more sensitive than women's. This is especially the case when daily shaving goes hand-in-hand with a refusal to use facial moisturizer regularly.

So we know that men's and women's skin is different -- but what's so different about their moisturizers? Keep reading to find out. 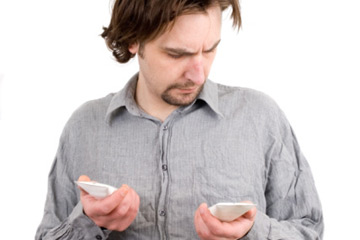 If you're like most people, the ingredients in your moisturizer are impossible to pronounce. So how do you know what's best for your skin?
Hemera/Thinkstock

If you think it's rare to see a man shopping for skin moisturizer in the beauty aisle of a grocery store, what would you think if you saw a man turning over a package of moisturizer to examine the ingredients list on the back?

Men are at higher risk of skin cancer than women, and around 20 percent of all people will get skin cancer. For this reason, it's important that any moisturizer -- and especially men's -- provide protection from the sun. Another good reason? As much as 90 percent of the skin's visible aging is caused by sun exposure [source: The Skin Cancer Foundation]. Men's moisturizers should have a minimum SPF of 15, but a higher SPF would be more beneficial. And make sure the moisturizer blocks both UVB and UVA rays -- UVB rays damage the outer layers of skin and cause sunburn, and UVA rays cause premature aging and cancer.

There's practically no limit to what men's moisturizers can contain, so we'll look at some of the more common ingredients:

Next, we'll take a closer look at women's moisturizers.

The FDA doesn't regulate moisturizers or other skincare products, and questions have been raised about some ingredients commonly found in women's moisturizers, such as parabens. Parabens -- such as propylparaben and parahydroxybenzoate -- are simply preservatives that are mixed into the moisturizer to keep it from spoiling.

Parabens are also xenoestrogens, meaning they fit into specially shaped estrogen receptors located in your cells. The presence of a paraben molecule in an estrogen receptor causes other glands and neurotransmitters to begin behaving, signaling and making adjustments based on the presence of that "estrogen." The presence of parabens in so many products makes it hard to determine whether parabens affect estrogen production or other aspects of the endocrine system. While no conclusive studies have consistently linked paraben use to increased rates of cancer or other problems, many people choose to avoid these chemicals and to seek out moisturizers that are free of parabens.

While women's moisturizers usually contain many of the ingredients mentioned in the previous section, they often include many more, such as these:

Want to know more about the differences between men's and women's moisturizers? Check out the next page for lots more information.

Laser Razors: They're Sort of Like Lightsabers for Grooming
Does shaving cream moisturize my skin?
What are the best moisturizers for men with oily skin?