Browse the article What's sarcopenia and what can you do about it? 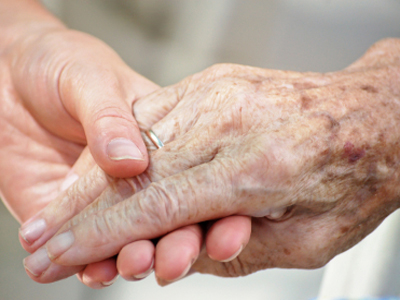 Some signs of old age are obvious.
iStockphoto/Tepic

There are some unmistakable hallmarks of age: Sagging and wrinkled skin, hair loss, trembling extremities, loss of coordination and a stooped posture are but a few signs. These traits come together to form a cohesive presentation we immediately recognize as age. We take these characteristics for granted because they lie awaiting us in our own futures.

Thankfully, none of these classic signs of age are inevitable. Aging researchers have come to realize that things like a stooped posture and slow, unsteady movements are the result of sarcopenia -- the loss of muscle mass and coordination that results from the process of aging. That last part, about sarcopenia's resulting from age, long left science assuming that nothing could be done about this muscle loss as the years pass. Fortunately, study after study has concluded that's an incorrect assumption. Sarcopenia -- at least not pronounced sarcopenia -- isn't inevitable.

There are several causes of sarcopenia. Some are out of a person's control, like disease or environmental conditions. However, as it relates to advancing age, the condition is generally attributed to three factors: motor unit restructuring, protein deficiency and changes in hormone concentrations. While each of these factors is distinct, they actually combine to produce the age-related loss of muscle coordination and mass that we call sarcopenia.

Muscle mass is made up of proteins. The human body seeks a stasis between protein production (synthesis) and usage (metabolism) for energy and cellular structure. Our body can make some of these on its own; these proteins, built from amino acids, are called nonessential proteins because the body doesn't need to get them from an outside source. The proteins our bodies require that it can't produce by itself are called essential proteins. We derive these proteins from foods like peanut butter and tuna.

Generally, we don't lose our ability to metabolize proteins steadily over time. We do, however, lose our ability to synthesize our own proteins. Here's where those hormones come into play: Insulin-like growth hormone (IGF-1), testosterone and growth hormone all play a major role in protein production, synthesis and use. As the concentration of these hormones found in our bodies decline with age, we lose much of our ability to produce and maintain muscle mass through nonessential proteins. What's more, it appears that as we age, we could use more protein than when we're younger, though most adults continue on a similar diet to the one they developed earlier in life.

The hormone decline and protein deficiency one-two punch is largely responsible for producing sarcopenia, but when they converge with the most vital aspect -- motor unit restructuring -- a perfect storm forms that results in the physical manifestation of the ravages of age.

What is motor unit restructuring, anyway? Let's find out on the next page. 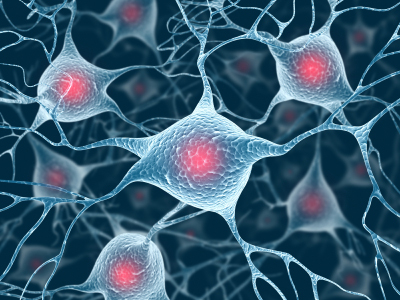 Motor neurons responsible for precise or quick movements, like eye movements or running, are called fast-twitch (FT) neurons. Because they're so specialized, FT neurons usually command a limited number of neurons. Slow-twitch (ST) neurons, on the other hand, command a much higher number of fibers because the muscles they're responsible for innervating require less precision.

Unfortunately, the FT neurons tend to die off first. All cells have a predetermined life span. Once they divide a certain number of times (between 50 and 100, depending on the organism's age), they stop replicating and die. When a motor neuron dies, the muscle fibers it commands can deteriorate -- a process known as atrophy -- and die as well. To prevent atrophy, when a FT neuron dies, a ST neuron situated nearby will attach itself to the now-abandoned muscle fibers the dead neuron commanded, innervating and keeping them alive. This change in command is known as motor unit restructuring.

Restructuring isn't a seamless process: The ST neuron transmits far less precise innervation than a FT neuron. Consider the FT neuron as an agile tightrope walker and the ST neuron akin to a bull in a china shop. Under the command of the ST neuron, once precise movements, like those that allow a person to maintain balance or run, are much less coordinated and quick.

Other muscle groups that atrophy though sarcopenia are even more obvious to the naked eye. Sagging, unresponsive facial skin is the result of lost muscle fiber beneath. The appearance of a sunken ribcage, with deep ruts between rib bones is the result of the loss of the intercostal muscles. The stooped posture many aged people adopt is due to the loss of skeletal muscles, which leads to a loss of support for bones of the spine, shoulders and back that keep a younger person erect. These unmistakable and dramatic signs of age are known as senile sarcopenia.

Between the decline in hormones, proteins and cellular death it seems like the slow march toward sarcopenia is as inevitable as our eventual deaths. Age researchers have found this isn't necessarily the case. There are simple steps that a person can take to ward off sarcopenia.

The Cure for Sarcopenia: Resistance Training 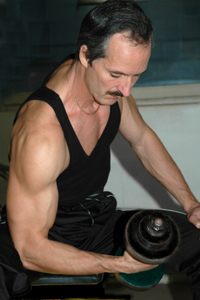 Getting an early (middle age) start on resistance training reduces sarcopenia later on; taking it up late in life can actually reverse the effects of sarcopenia.
Annamaria Szilagyi/iStockphoto

People who lead a sedentary lifestyle are most likely to experience pronounced sarcopenia as they age. Sitting around on the couch is a good way to ensure serious loss of muscle mass late in life. Scientists reached this conclusion pretty far away from the couches of Earth -- NASA astronauts proved the first real test subjects for combating sarcopenia.

Astronauts lead a very sedentary existence. Spacecraft provide little room to move about and the effects of low gravity can wreak even further havoc on muscle mass maintenance. Curiously, in space, the opposite of the motor unit restructuring that we Earth-bound people experience takes place. Slow-twitch neurons tend to die off and fast-twitch neurons take up the slack. As a result, astronauts who spend a significant amount of time in weightlessness find their muscles tear more easily, since the FT neurons aren't used to controlling the larger number of fibers that ST neurons command.

Though it's an opposite condition, physiologists have found that sarcopenia and deep space muscle degradation share a common cure: resistance training (RT). For years, physicians have recommended 30 minutes of moderate daily exercise. In most cases, suggestions include exercises like walking and jogging. This type of activity is excellent for the cardiopulmonary system, and it does build some muscle, but resistance training that requires the use of weights to build muscle is often overlooked. With the results of studies since the late 1990s pointing to RT as a tool against sarcopenia, some therapists and physicians have started to recommend RT over aerobic exercise. After all, one must first be able to stand before one is able to jog. To stand, one must have muscle strength, which can be developed rather quickly under a RT regimen.

RT has proven that elderly people need not live out their days stooped over and shuffling about. Not only has adopting a resistance training regimen early in middle age has been proven to reduce the appearance of sarcopenia later in life, but RT regimens undertaken by the elderly has been shown to actually reverse sarcopenia by redeveloping muscle mass. Increasing protein intake also helps build muscle. These two breakthroughs combined could lead to a healthier senior adult population, one in which the signs of age aren't quite so obvious.

It's strongly recommended that a person -- especially someone of advanced age -- seek professional advice from a physician, certified personal trainer or physical therapist before beginning a resistance training program. Overexertion leading to torn muscles and even broken bones can happen easily if one lifts too much weight. What's more, some age-related diseases, like diabetes and dementia, can be exacerbated by resistance training.

It's worth the extra effort to visit a doctor and consult a physical therapist, as well as undertaking a weight lifting regimen. In one study, elderly people aged 78 to 84 who went on a RT program experienced an average increase in protein synthesis of 182 percent [source: Hasten, et al]. Another study, funded by the USDA, found that elderly participants who did RT for 45 minutes three times a week for 12 weeks saw an average increase of 32 percent for muscle fiber and a 30 percent increase in strength. Need more convincing? Go to the park and watch a few elderly people with sarcopenia.