Still crazy for each other after all these years.
© iStockphoto.com/Sean_Warren

Here's a fun fact to throw out the next time you're dining with your aging parents: The risk of having a heart attack during sex is about the same as the risk you'll have one just from getting out of bed in the morning, meaning the risk is no more than usual [source: Block, Bakos]. In fact, Harvard researchers have found that sexual activity is a contributing factor in less than one percent of heart attacks [source: Hainer]. If you're worried that your dad might stray from mom in his older years, just remind him that most of those sex-related heart attacks occurred during cases of infidelity, when stress levels were likely higher [source: Block, Bakos].

Is your stomach churning at the mere idea of sharing such information with anyone over the age of 60, let alone your parents? You're not alone. Our society has a tendency to use sexually active seniors as comic relief -- in movies, for instance, the dirty old man or the randy grandma may serve as a foil for the real love story being told between young, beautiful, unwrinkled individuals.

While we may not like to think about it, sex isn't merely an activity for the young. In a study commissioned by the National Council on Aging, almost half of the seniors surveyed reported that they engaged in sexual activities at least once a month [source: Leary]. What's more, sex might get better with age -- the same survey found that 74 percent of sexually active men and 70 percent of sexually active women rated their satisfaction with their sex life as equal to or higher than their sex lives in their 40s [source: Leary].

However, comparing sex in your 70s to the sex you had in your 40s or your 20s isn't an apples-to-apples comparison. The process of aging does have an effect on some things that go on in the bedroom.

Aging and Sexual Health in Men and Women

Omnipresent erectile dysfunction advertisements have made us all aware of these little blue pills.
Associated Press/Toby Talbot

Anyone who's watched a few hours of television recently may be all too aware that some older men suffer from erectile dysfunction, thanks to the many advertisements for medications designed to cure that ill. Both aging men and women experience changes in the arousal stage of sexual activity. For men, that means that it may take longer to achieve an erection, the erection may not be as stiff as it once was and more time is necessary before another erection is a possibility. Women also need more time to become aroused, and, thanks to menopause, experience changes in the vagina that may make sex painful. These changes include a thinning of the vaginal lining, vaginal dryness and a reduced ability to stretch the vagina.

These slower arousal times aren't helped by the fact that many aging people simply don't find themselves in the mood for romance anymore, which means they may not spend as much time getting warmed up before the main attraction. To some extent, menopause's roller coaster of hormonal fluctuations accounts for drops in desire in women. When the body stops producing estrogen, women suffer hot flashes, headaches and fatigue, to name but a few symptoms, which are hardly states that put anyone in the mood. In both sexes, however, the key to your libido is the hormone testosterone, which decreases in men gradually over time and in women during menopause. As levels of this hormone decline, men and women experience mood changes, decreased arousal and less energy.

It's not fair to use "Not tonight, dear, I have menopause," as an excuse to get out of sex, however. As at any age, sexual desire and arousal can be affected by your emotional state, so erectile dysfunction or a weakened libido could be the result of something else, such as stress or depression. These feelings may only be exacerbated by the cultural images of sexuality presented -- if you only see young, healthy people being sensual on television, you may have a hard time feeling desirable in a body that has been around the block a few times. And what may be a one-time experience of erectile dysfunction could turn into a recurring problem if the male becomes embarrassed or frustrated and the female takes it as a sign that she's not attractive anymore.

If emotional problems weren't enough to deal with, sexual desire and arousal can also be affected by your physical health. Prostate, cervical and breast cancer can all affect sexuality, as can heart disease, diabetes and arthritis. Medications such as ACE inhibitors, antidepressants, beta blockers and diuretics can also play a role.

How Aging People Can Have an Ageless Sex Life

Just because you qualify for senior citizen discounts doesn't mean that you have to settle for less in the bedroom. The most important things you can do to charge your sexual batteries are free. The first thing to do is communicate with your partner. While this is easier said than done, letting your partner know what you need is vital to any healthy sexual relationship. It can also help curtail little problems before they become big issues. For example, if you're having a hard time getting aroused, it's important to let your partner know that it's not because you're not attracted to him or her -- that would only lead to further hurt, rejection and resentment down the line. You may only need a little more time and stimulation to get going. If there's an issue between you and your partner, such as financial difficulties or problems with your children, that could also be the culprit.

It may seem impossible not to fall victim to negative thoughts about your sexual abilities or your physical appearance as you age, but it's important to stay positive about sex. One way to boost your confidence is with regular exercise. You'll feel better about yourself and likely look better, too. Additionally, aging can slow your blood flow to the very regions that need it most during sexual intercourse, so getting your blood pumping can get your libido pumping as well.

If you do need some aids in the bedroom, there's an entire marketplace waiting to help you. Erectile dysfunction aids include prescription drugs, such as Viagra, Levitra and Cialis, penile injections and mechanical devices. Women may require lubricants. Both men and women may want to talk about hormone replacement therapy with their doctors. However, it's worth noting that in some studies, hormone replacement has been linked with increased risk of heart attack, stroke and cancer, among other side effects [sources: Harvard, Brody].

If nothing is working, you might consider seeing a sex therapist or a doctor. Sexual problems often go untreated because people are too embarrassed to bring them up with a professional, particularly as they enter advanced age. Just remember not to compete with your 20-year-old self; sex will be different from what it was back in the old days. But accepting that sex is different may give you more license to play and experiment. And while it's great not to have to worry about birth control, you still need to practice safe sex if you have multiple partners.

Before you head into the bedroom with a special friend, see more stories about issues related to aging on the next page.

Up Next
Just an Hour a Week of Brisk Walking Reduces Disability
HowStuffWorks looks at a study showing just one hour of vigorous activity a week can keep seniors mobile and active.
Explore More 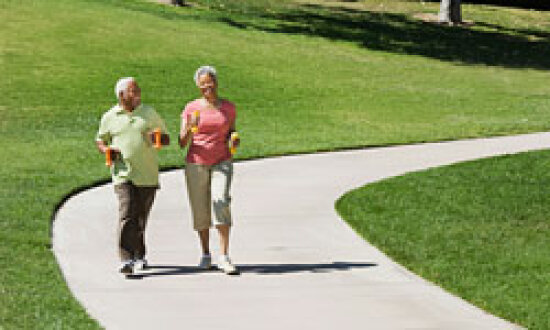 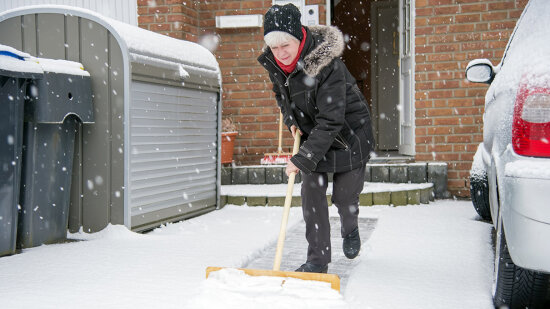 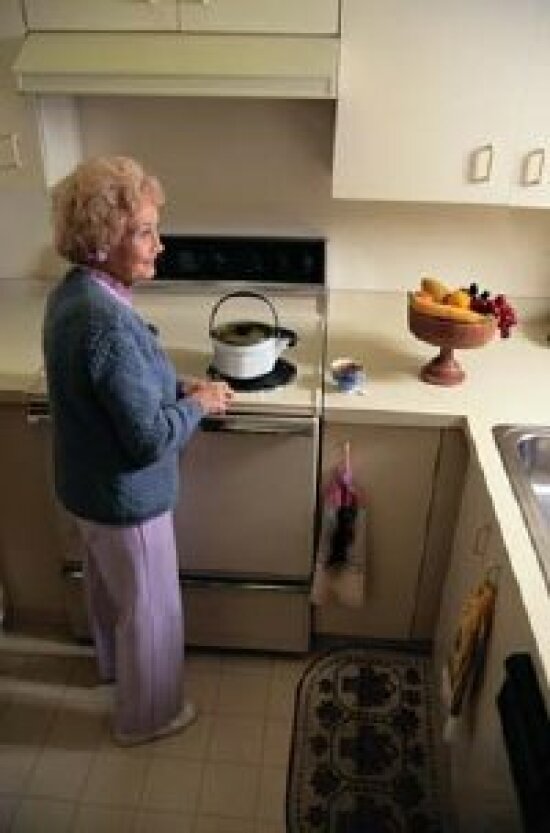 How to Choose a Weight-Loss Diet for Seniors