At his San Diego office, Alex Roher, M.D., relaxes wrinkles and plumps deep lines one face at a time. For years, he's been administering vials of Botox and injectable fillers to patients eager to refresh their looks, but does the desire to look younger extend to industry professionals? Absolutely, Dr. Roher contends.

"Most plastic surgeons have gone under the knife," says Roher. "The rate compared to the general public is much higher, from my experience."

Before delving into the propensity of surgeons to undergo appearance-altering procedures, let's get a handle on the differences between cosmetic and plastic surgeons. Although "cosmetic" and "plastic" are terms often used interchangeably, they refer to two different levels of training.

In general, surgeons who follow the training and certification process to become a board certified plastic surgeon are required to complete 150 cosmetic surgery cases as part of a rotation that includes surgical training for hands, reconstruction, trauma, congenital defects and other disorders. Plastic surgeons repair cleft palates and revise scars, as well as reconstruct limbs and breasts after surgery. However, plastic surgeons can perform surgical and noninvasive procedures that are strictly cosmetic, too.

In the United States, plastic surgeons undergo cosmetic procedures at a higher rate than the general population, according to research.
Innocenti/Cultura RF/Getty Images

So, do most plastic or cosmetic surgeons elect to enhance their appearance? And, do they do so at a higher rate than the general public?

"Yes and yes," says Grant Stevens, M.D., fellow of the American College of Healthcare Executives, and a clinical professor of plastic surgery at the University of Southern California.

The results of a study published in the December 2009 Journal of Plastic Reconstructive Surgery seem to bear out this anecdotal evidence. The study found that, of the 276 plastic surgeons surveyed, a full one-third have had at least one type of cosmetic surgery, while Pew Research Center statistics show that of the general U.S. population, only 4 percent of adults say they've had cosmetic surgery. Of the surgeons who'd had surgery themselves, the most common surgical procedure (18.6 percent) was liposuction of the trunk and/or extremities.

"I continuously maintain and enhance my current features with the noninvasive treatments offered throughout my practice," says Dr. Vallecillos. "I will treat myself to a laser, yet other times I will ask one of my nurses to inject a little Botox."

In 2016, facial plastic surgeons reported an uptick in cosmetic surgeries by patients under 30, along with an increase in nonsurgical procedures, according to a member survey by the American Academy of Facial Plastics and Reconstructive Surgery.

Fifty-one percent of AAFPRS members reported that more patients are seeking early intervention, with increasing numbers of men and women in their 20s and 30s opting for facial injectables.

"The focus has shifted from correction to prevention," says Fred G. Fedok, M.D., president of the AAFPRS, in the report. "Even before the first signs of sagging, lines or volume loss, we are seeing patients adamant about stalling the aging process."

Nearly all AAFPRS members — 99 percent — agreed that celebrity influence plays a big role. And so does social media. According to AAFPRS members, the top driver for cosmetic procedures is the impact of social media; of participating surgeons, 42 percent reported that patients are seeking cosmetic procedures to look better in selfies on Instagram, Snapchat, Facebook Live and other social channels.

The second-most reported motivating factor for patients was the desire to remain "relevant" and "competitive" at work.

Many plastic surgeons are no different. They feel it's difficult to sell their services without looking like they've taken a dip in the fountain of youth themselves

"One of the benefits of treating myself is I'm a walking billboard of my own work," plastic surgeon Lorrie Klein, M.D., said in a 2015 interview with Real Self magazine. "I'm proud of my artistry and like to show it off. What nature didn't give me or what age has taken away, I can frequently fix."

Now That's Cool
Where did the term "plastic surgery" originate? Ancient Greece, of course. The term comes from the Greek word "plastikos," which means to mold or to shape.

5 Ways to Stay Safe in a Mass Shooting

Ancient Supervolcanoes Might Be Key to Our Energy Future 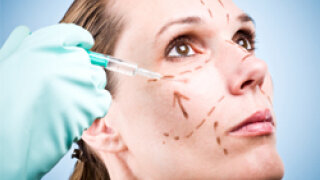 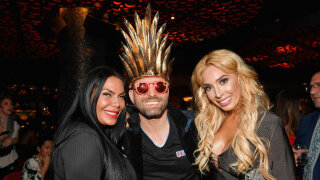 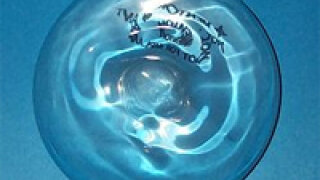