Richard Simmons Diet: What You Need to Know 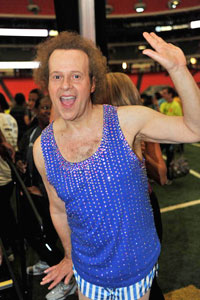 Richard Simmons is hard to miss, so chances are you've heard about or seen him even if you weren't thinking about losing weight. He's been the star of several television shows, infomercials, and videos, and he has written an autobiography. For some, his explosive enthusiasm is hard to take. His diet is a healthful one, but there is little that's unique about Richard Simmons' diet plan other than Simmons himself. He is indeed the main attraction. His diet plan is updated regularly and repackaged; the latest version is called SlimAway. The program, also referred to as "Richard's Clubhouse," is available mainly through his Web site (www.richardsimmons.com).

It includes daily motivational messages via e-mail, 30 days of meal plans, recipe cards, a restaurant guide, food tracking sheets, access to message boards, chat rooms, and an online FoodMover program that allows you to keep track of your daily food allowances, water intake, and exercise expenditures. Membership in Richard's Clubhouse also allows you to purchase any of his exercise videos/CDs/DVDs and other items (such as books, dolls, clothing, and key chains) at a discount price. His videos are unique in that they feature people of all sizes and shapes. Having been extremely overweight himself, Simmons obviously empathizes with anyone who's unhappy about their weight.

With Richard Simmons as your personal cheerleader, you may find the motivation you need to get with the program and to stick with it. His overriding philosophy is one of inclusiveness. No matter how overweight you are or how miserable you feel because of your weight, Simmons reassuringly offers hope to even the most hopeless among us. Register as a member on his Web site (it's $19.95 for the first 12 weeks and $9.95 per month thereafter), and you can join dieters' chat rooms and an occasional live chat with Simmons himself. Simmons places considerable emphasis on physical activity, and this is the one trait of his weight-loss program that stands out and puts it a notch above the rest. In fact, Simmons was, and probably still is, best known for his exercise programs that include aerobic activity to the beat of a wide variety of music, from disco to Broadway. Though some of his advice smacks of pop psychology, for some people it may be just what the doctor ordered. 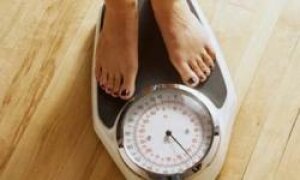