by John Donovan Aug 2, 2019
Hypertrophy is a scientific term for increasing muscle tissue; in other words, building muscle. Drazen_/Getty Images

If you think that getting stronger means slinging around a bunch of iron at the local gym, think again. If you think building muscle is only for buff guys in tight tank tops, think again. And if you think the term hypertrophy is too science-y and scary to even say, for your own health and well-being, you need to think again.

Hypertrophy — it's pronounced hi-PER-tro-fee, not something that sounds like an overexcited sports award — is a scientific term, true. But it's not all that scary. From the medical dictionary on The Free Dictionary:

hypertrophy [hi-per´tro-fe]
increase in volume of a tissue or organ produced entirely by enlargement of existing cells.

For our purposes, hypertrophy is an increase of muscle tissue; in other words, building muscle.

Don't back away. Don't shake your head and mutter, "That's not for me." Building muscle is for everyone, at just about every stage of life. It's a critical part of staying healthy. And you don't need to pump iron to do it. You don't need bulging veins. You don't even need to know the difference between a trapezius and a deltoid.

You just need to work your muscles.

"It's not only growing muscle, it's losing muscle," Brad Schoenfeld, a renowned fitness expert who has published more than 100 papers in academic journals on exercise and sports nutrition, says. Schoenfeld also is the author of several books, including the textbook "Science and Development of Muscle Hypertrophy." "If you don't resistance train, whereby you're looking to build muscle ... it's really a static choice because you end up losing muscle."

Resistance training is, simply, working your muscles against resistance. That resistance can come in the form of weights, or stretchy bands (commonly called resistance bands, or exercise bands), or even your own body weight. If you're doing a pushup, you're using your body weight to force certain muscles to work. And that counts.

"After about the age of 35, the average person who's not lifting weights is gonna lose roughly a half-percent of their muscle mass per year," Schoenfeld says, "and that percentage starts to accelerate when you get into your late 50s, early 60s, and then it's exponential after that."

So what's the big deal with losing a little muscle?

Being physically active — which, by definition, means building and maintaining healthy muscles — improves mental health, lowers the risk of stroke, improves cognitive function, improves sleep, increases joint flexibility and improves balance (thereby reducing the risk of falls in the elderly), just to name a few benefits, according to the Centers for Disease Control and Prevention. Stronger muscles help strengthen bones, control blood sugar and cholesterol levels and, of course, help maintain a healthy weight, too.

The Science of Hypertrophy

Building muscle — muscle hypertrophy — is a much-researched subject. In a 2017 paper, Schoenfeld and co-author Jozo Grgic say that resistance training is "the primary form of exercise that is used to induce gains in muscle mass."

The authors consider the idea of how to maximize hypertrophy — how to most efficiently build muscle — and address such well-known variables as the number of repetitions, or reps, and the number of sets of any particular exercise. (A set is a predetermined number of reps. So 10 reps of, say, pushups may be one set. An exercise program may call for more than one set of that single exercise.)

The level of resistance, or the load — say, the weight on a barbell in the gym, or the tension in a resistance band, or whether you're 100 pounds (45 kilograms) or 300 pounds (136 kilograms) and you're doing pushups — is certainly a factor, too.

"I think there are misperceptions about what actually builds muscle," Schoenfeld says. "A lot of times people think they have to lift heavy weights to build muscle. There's actually a lot of good research showing that muscle growth can be developed over a wide array of repetition ranges."

Throw out the old notion that heavy weights build strength and lots of reps somehow "tone" the muscles, Schoenfled says.

You can get equally full muscles without pushing eye-bulging weight as long as you do enough reps that the final ones are challenging to complete. "Difficult," he says, "if not impossible."

In the end, the goal is to literally, on a cellular level, build more muscle. When muscles are exercised enough, cellular-level damage occurs, triggering a process in which proteins are dispatched to repair or replace the damaged cells. That process builds on existing structures like myofibrils and sarcomeres. A bigger muscle is born.

Hypertrophy for the Rest of Us

All of that is just so much science gobbledygook for those concerned only with looking better in a T-shirt, or keeping their blood sugar from skyrocketing further, or simply getting down the stairs without a hip-shattering tumble. To those people, hypertrophy (if they're familiar with the word) is all about doing enough exercise to be strong enough to get those jobs done.

"Using weights is one of the best ways to do it. The way that you're going to ultimately, over time, build muscle is by consistently challenging your body," Schoenfeld says. "But you can just do pushups and other body-weight exercises [things like squats, or lunges, or toe stands] that will, at least early on, have positive effects on strength and muscle growth."

The National Institute on Aging suggests a strength-building exercise session — again, that's hypertrophy — two or more days a week, without working the same muscle group two days in a row.

"Over time, it gets harder to challenge your muscles," Schoenfeld says. "But there's ways, if you're inventive, that you can just use body weight, or resistance bands."

Questions may remain on how best to do it, but the overall message on hypertrophy is clear, and it's not something reserved for gym rats and wannabe Schwarzeneggers.

Building muscle is crucial to good health and aging well. For all of us.

NOW THAT'S INTERESTING
Muscle building, as is the case with exercise in general, goes hand in hand with good nutrition. According to the Academy of Nutrition and Dietetics, protein, carbohydrates and fat are all important to those working on muscle-building and muscle-maintaining. Carbohydrates especially are critical, and should account for at least half the daily calories in the diet of adults who are strength training at least twice a week. As always, check with your doctor before starting any new exercise or nutrition program.

Orangutan Jungle School: Teaching Orangutans How to Be Orangutans 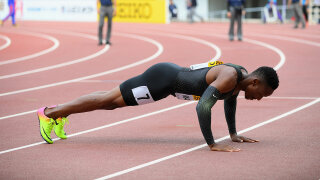 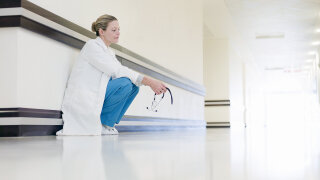 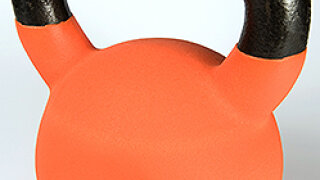 Kettlebells vs. Dumbbells: Which Are Better?